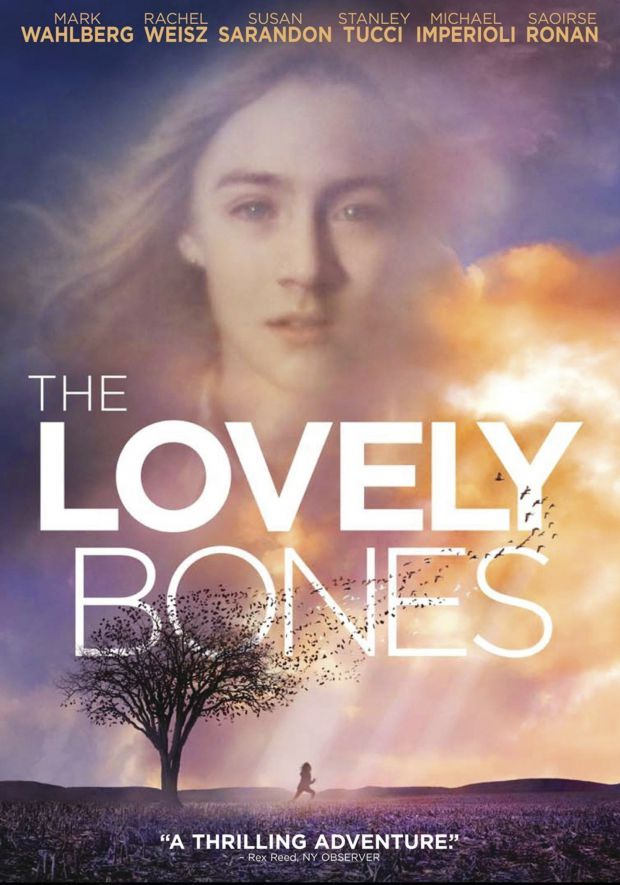 Directed by Peter Jackson, The Lovely Bones is based on the best-selling novel by Alice Sebold, and tells the compelling story of Susie Salmon (Saoirse Ronan), a 14-year-old girl in suburban 1970’s Pennsylvania, who is raped and murdered on her walk home from school. Susie’s body is never found, thus finding herself trapped in the ‘in-between’, haunted by the man who ended her life. Susie must now accept her fate as she sits in her “own perfect world” in heaven, watching her family – her father Jack (Mark Wahlberg), her mother Abigail (Rachel Weisz), and her Grandmother (Susan Sarandon) – fall apart in dealing with their despair.

The Lovely Bones is a chilling story, but it’s also an uplifting tale of acceptance and redemption. Sebold’s book is classic, and this adaptation has quite drastically split audiences. Personally, whilst I don’t think that the film is a great adaptation, it’s still one of my favourites.

Whilst the book begins with Susie narrating from heaven, the film adaptation spends more time with Susie on Earth, putting more of a focus on her life before it was taken away from her, as she narrates over the top. Because of this, we see much more of Susie’s relationships with her family, as they try to cope with their loss. This family dynamic is strong throughout the whole film, as we feel their love for Susie, but also every pinch of their heart-wrenching pain of her death.

“My name was Salmon, like the fish. First name, Susie. I was fourteen when I was murdered on December 6, 1973.”

Although the story is based on such an upsetting subject, and the film is still quite painful to watch at times, it misses out many of the important scenes in the book, including Susie’s rape, the murder itself and the dismembering of her body, her funeral, her mother’s affair, and her father’s heart attack. If you haven’t read the book beforehand, then you might agree that the film is quite respectful, yet still hard-hitting in regards to its premise. But, in relation to the book, the amount that the adaptation misses out is almost unforgivable.

That being said, the film does emanate the same emotion that the Sebold creates with her writing and, alongside the amazing visual effects of the film which compliment the scenes of Susie’s heaven described in the book stunningly, it does have a similar effect and many of the less prominent scenes appear on-screen just as I had read them.

Peter Jackson took a huge risk with adapting this story and, for that, I’m one of the few who thinks that he should be applauded. Sure, there’s a lot wrong with it and, as an adaptation, it could have been very different. But I think that the film works as it is.

This is largely because of a young Saoirse Ronan, who leads the film incredibly, and the chilling performance from Stanley Tucci. It’s so rare that a film puts you in such an uncomfortable position; we know who the monster is throughout the film, but we are but spectators unable to do anything to help the other characters. And it’s not exactly a happy ending, either, as the last ten minutes are just as distressing as the first.

I absolutely adore Tucci in this, and I will forever be a little terrified of him because of this performance. If it wasn’t for his character, who chills me right to the very bones, maybe the flaws would outweigh the good in this adaptation. But his performance, alongside the beautiful Ronan and the rest of the supporting cast, is why this is a film that I will watch over and over again.

Whilst this adaptation of The Lovely Bones isn’t for everybody, the film tells an outstanding story full of great emotion, which is why it will remain one of my favourites.