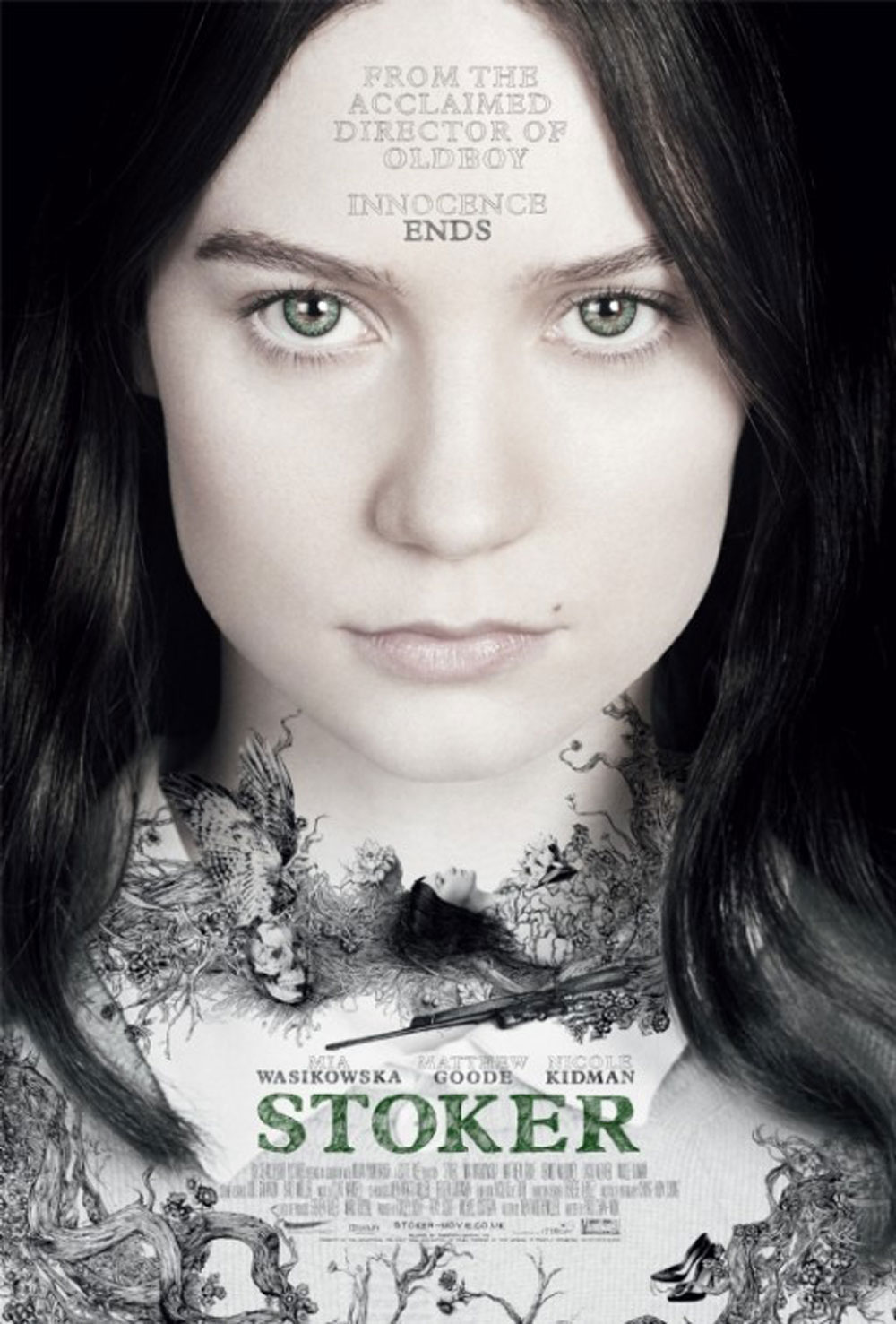 Chan-wook Park‘s English language debut, Stoker follows a young girl, India (Mia Wasikowska), whose Uncle Charlie (Matthew Goode), comes to live with her and her unstable mother (Nicole Kidman) after the death of her father. Not knowing her Uncle even existed beforehand, India soon comes to suspect this mysterious, charming man, as his ulterior motives start to become clearer. Instead of feeling outrage or horror, however, this friendless girl becomes increasingly infatuated with him.

Stoker is a film that I had been waiting to see for ages but, unfortunately, it wasn’t showing at my local cinema so I had to wait until the DVD release to finally get to see it. It was certainly worth the wait, though, and it quickly zoomed into my Top 5 favourite films of the year.

As Chan-wook Park’s English-language debut, I was highly anticipating this film after only seeing Oldboy from his filmography. Only now seeing two of his films, it’s safe to say that I’m already in love with his work.

Stoker is the perfect thriller in that you know something bad is going to be revealed, but you never know what it is going to do next or where it is going to go. From the premise alone, it’s obvious that there is something very fucked up about these characters and their story, and from Park’s previous work, you know he won’t suppress from showing you just how messed up people can actually be.

The performances are excellent. Mia Wasikowska, Nicole Kidman, and Matthew Goode are all phenomenal. This is definitely a breakout performance for Wasikowska, who I’ve found hard to enjoy in her career so far, but Kidman plays her role incredibly well, too. Each of these characters has their dark sides and are developed brilliantly, but it is Goode who brings in the intensity to the story.

Stoker was released on DVD on 1st July.

One thought on “DVD Review: Stoker”