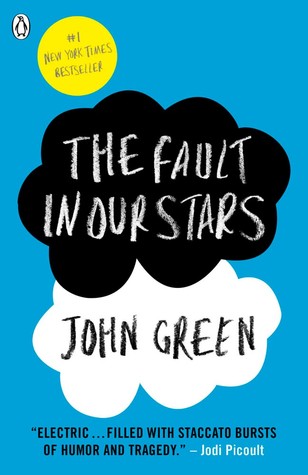 “I fell in love the way you fall asleep: slowly, and then all at once.”

The Fault In Our Stars is the fifth novel by author John Green. Originally published in 2012, the story follows sixteen-year-old cancer patient Hazel who, forced by her parents to attend a cancer support group, meets and subsequently falls in love with the witty seventeen-year-old Augustus Waters, an ex-basketball player and amputee.

Told in the first person by Hazel herself, the novel’s narrative style allows the story to feel real, as if it were Hazel’s diary as she documents every moment and thought in her life as a cancer patient, knowing that one day soon will be her last. This also makes Hazel a strong female lead, as we know exactly what’s going through her mind. It’s a fantastic technique used to engage its readers, so it’s no wonder the novel remained The New York Times’ No.1 Best Seller for seven weeks.

But not only is The Fault In Our Stars a compelling character-driven drama, it’s also a very decent romance; there’s no fantasy here, just pure love between two characters who want to give something their all whilst they still have the chance to fight for it. And that’s what you’ve got to love about this novel; there’s true emotion, all of which you will feel along the way, a yearning for accomplishment, and above all, a passionate desire to simply live and love.

There’s a lot of love for story-telling itself, as well, as Hazel and Gus travel to Amsterdam in search for the author of their favourite book, An Imperial Affliction by Peter Van Houten. With these scenes being filmed in Amsterdam for real, this promises some beautiful backdrops to their romance in the adaptation and also an exciting sense of adventure.

The Fault In Our Stars was adapted onto the big screen in 2014, which you can read my Book vs. Film Review for here, and watch the trailer for below: