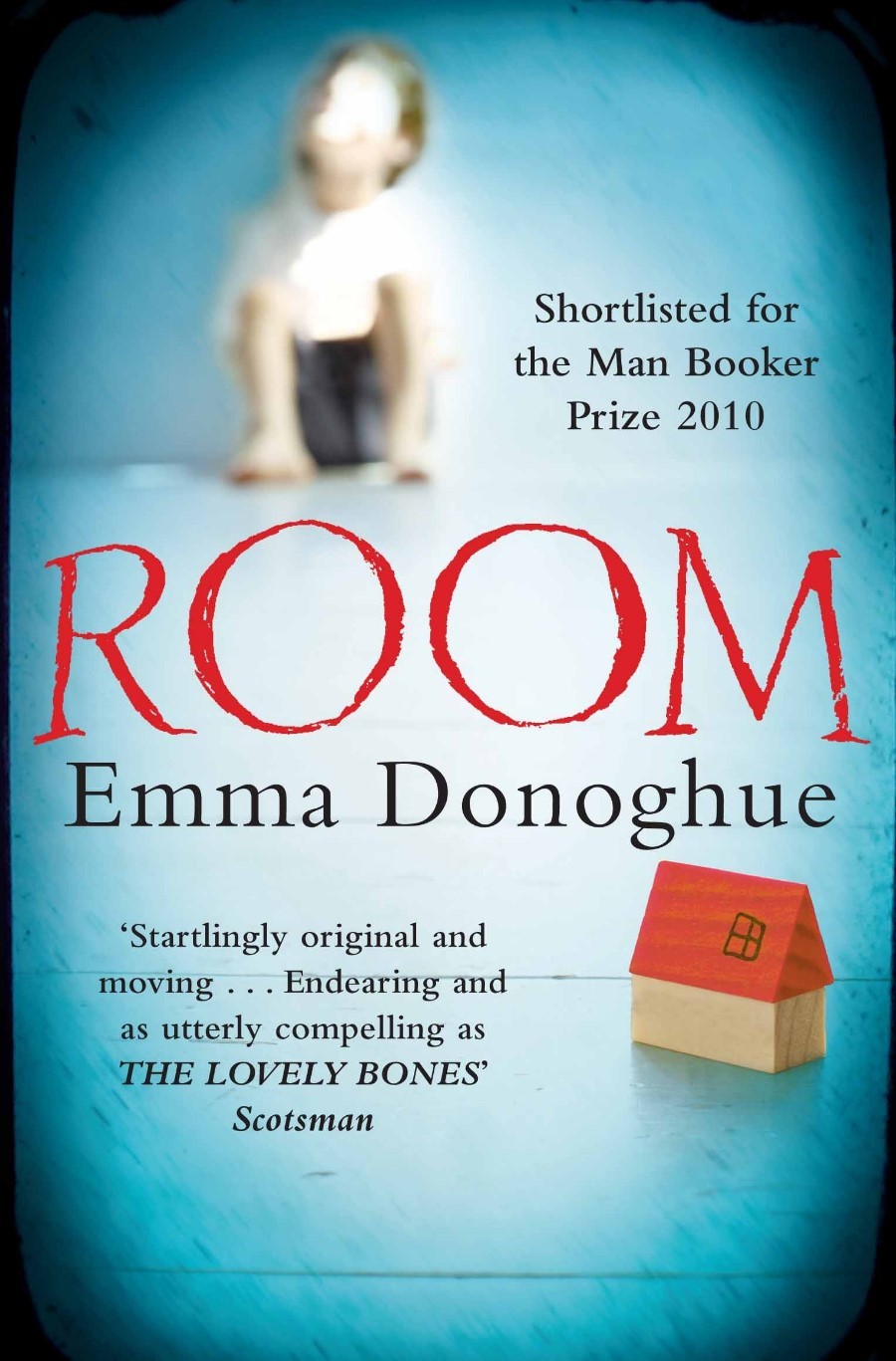 “In the world I notice persons are nearly always stressed and have no time… In Room, me and Ma had time for everything. I guess the time gets spread very thin like butter over all the world, the roads and houses and playgrounds and stores, so there’s only a little smear of time on each place, then everyone has to hurry on to the next bit.”

Published in 2010 and written by Emma Donoghue, Room is told from the perspective of a five-year-old boy, Jack, who is being held captive in a small room along with his mother. Ma has created a whole universe in ‘Room’, where they have both lived for Jack’s whole life. But when Ma decides it’s time to escape, she risks everything to give Jack the chance to make a thrilling discovery: the outside world.

Set to be released on 15th January, the film adaptation, directed by Lenny Abrahamson, sees Brie Larson and Jacob Tremblay lead this story about the unparalleled bond between parent and child.

The following post is a review of the book only, looking at how it is going to be adapted. You can read my review of the film adaptation in comparison to the book here.

Told from the perspective of a five-year-old, this narrative style is a bold step from author Emma Donoghue, and it’s not always one that pays off. The last child narrated book that I read was John Boyne’s The Boy In The Striped Pyjamas, and I couldn’t get into the story because of how repetitive it was. Having such a young mind defining the writing style can often mean that the language and sentence structure suffer, just like with the first half of Stephen Chbosky’s The Perks Of Being A Wallflower. This another one of my favourite books, but it is one that is again difficult to get into because of how simple the language is written at the beginning, as Chbosky allows time for the language to improve as the narrating character grows.

But Donoghue captures what it is to be so young perfectly, and by mimicking the voice of a five-year-old so well, Room remains incredibly well-written throughout. Jack knows nothing but the 11×11 square room that he has grown up in, which is hard enough to describe on the page as it is. But as Jack says hello to his friends – Rug, Plant, Wardrobe, Lamp – and struggles to come to terms with the thought of even one other person or a single blade of grass existing outside of the walls he is imprisoned in, we experience this traumatic experience through the eyes of an intelligent, cheerful, good-natured, and brave little boy.

The story is inspired by the infamous Fritzl case, from which Donoghue conceived the story for Room after hearing about five-year-old Felix. So the subject matter is quite hard-hitting, and if it were told through any other narrative, this would have been a completely different story. It’s because of Donoghue’s choice in narrative style and how well she writes from this perspective that makes this book such a tender read. And, because of this, it’s not over-dramatised or made unbearing to read, despite how uncomfortable the scenes would have been if they were from an adult’s point of view, and instead is a surprisingly uplifting coming-of-age journey of a child experiencing a whole new world.

Because we experience it through Jack’s naive eyes, as well, the story even manages to be quite funny amid the shock and claustrophobia. Jack knows no different from the world his mother has created for him in Room, and the way his mind deals with his situation is immensely clever as well as bittersweet. Jack is such an empowering character for someone so young, and it’s hard not to feel a mother’s instinct come through as you read his personal and memorable story for yourself.

The story structure is fairly simple, separated into four sections as it slowly moves along, but it’s all about the inner struggles of Jack’s mind and how his relationship with his mother develops that keeps you gripped. It’s solely about these two people, and their characters are created with such tenuity that all you want is for everything to end well. Conflicts keep the story paced well, as Ma balances her proudness of her son with her impatience, but it all comes down to the divergence of a mother’s love.

The trailer for the film adaptation does ruin a lot of the story, so if you plan on reading this book, then I suggest you do so without watching any of the promotional footage beforehand. If I hadn’t of seen the trailer before reading the book myself, then I would have commented that the book was suspenseful and gripping, because it’s difficult to imagine whether such a potentially heartbreaking story can end happily at all or not. It is, after all, a story about survival, courage, and about keeping up your strength when all else seems lost.

Room is certainly a story that you won’t want to forget, and with high praises for the film adaptation already, I’m certainly not the only one eager to see it adapted onto the big screen next week.

The film is set to be directed by Lenny Abrahamson, who is best known for his work on the 2014 musical drama Frank, and the 2012 drama What Richard Did. Both films are strong dramas with powerful characters, and although What Richard Did isn’t a particularly mainstream film, it’s still of high quality. While Frank has a comedy edge to it, both stories have their darker sides, too, so Abrahamson has dealt with such delicate stories and personal struggles before, so he’s bound to tell this story well.

Abrahamson is also working on a screenplay that is written by the author herself, so it’s definitely an adaptation in safe hands.

The film adaptation will be led by Brie Larson as Ma (or Joy to everybody else). Larson is known for roles including Scott Pilgrim vs. the World (2012), 21 Jump Street (2012), and The Spectacular Now (2013). She made her breakthrough leading role in the 2013 Short Term 12 where she played a counselor for troubled teenagers, so I can’t wait to see more of her in a emotionally driven story.

Jack will be played by 9-year-old Jacob Tremblay. So far he’s only known for playing Blue Winslow in The Smurfs 2, but he has roles in a number of films set to be released this year, including the horror Before I Wake. From the trailers alone, Tremblay looks perfect in the role. For such a young actor who probably doesn’t know the source material very well, it looks as if he completely embraces the role from the mere few minutes of footage we can see. He captures the language of the book spot on, which is what will make this adaptation stand up to the excellence of the book. It is his character, after all, that will lead this film to its success.

Joy’s parents will be played by Joan Allen (The Bourne franchise) and William H. Macy (Fargo) as Nancy and Robert Newsome, respectively, with Tom McCamus as ‘Steppa’, Leo.

Sean Bridgers will play Old Nick. He’s not a particularly well-known actor, but the role of Old Nick didn’t need a recognisable face, just a threatening one. Bridgers often plays the bad guy, recently starring as Runner Day in the latest Gillian Flynn adaptation, Dark Places, and as Tommy in the 2014 Nicholas Sparks adaptation, The Best of Me.

Room is set to be released on 15th January.