This week’s feature sees the release of Battle of the Sexes, Social Animals, April’s Daughter, From a House on Willow Street, Downsizing, Dear Dictator, and Roman J. Israel Esq.

1st October – Battle of the Sexes

Synopsis: The true story of the 1973 tennis match between World number one Billie Jean King and ex-champ and serial hustler Bobby Riggs, a former men’s champ desperate for another stint in the limelight. Billed as the BATTLE OF THE SEXES and becoming one of the most watched televised sports events of all time, reaching 90 million viewers around the world, the match saw Billie Jean become a shining light for gender equality in the wake of the sexual revolution and the rise of the women’s movement.

Review: Great performances from Emma Stone and Steve Carell and an important moment in history and sport captured really well. I really enjoyed the subtle story around Billie Jean King’s sexuality amidst it all, as well. 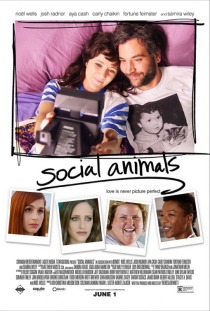 Synopsis: A thirty-something, single and broke, Austin waxing salon owner faces a failing business and eviction from her trailer when she meets the unhappily married Paul, whose beloved video store is on the skids and whose hard-faced wife is sleeping with male hookers behind his back.

Review: I didn’t care much for the story or supporting characters, but Noël Wells and Josh Radnor were nice to follow. I was hoping that Josh Radnor would have been more involved, both on screen and off screen, as I really enjoyed Happythankyoumoreplease and Liberal Arts. But it wasn’t that kind of quirky indie film that explores characters and relationships that you can really relate to. Well, it will be for some people, but there were too many social situations that I felt very detached from so I couldn’t invest in the characters at all. But I suppose that’s what indies are good at doing, strongly appealing to a minority. I just wasn’t in this one.

Synopsis: Pregnant teenager Valeria reluctantly allows her overbearing mother into her beachside house in Mexico’s Puerto Vallerta. She’s quietly supportive at first, but once the child is born, she becomes increasingly convinced that her flighty daughter and her loving but young boyfriend are not fit to be parents.

4th October – From a House on Willow Street

Synopsis: A gang of kidnappers led by the vengeful Hazel seize a wealthy jeweller’s daughter, lock her in a secure facility and send her father a ransom video. When they hear nothing back, two of the gang drive out to see him personally. However, they find both Katherine’s parents dead… and gradually realise they have unleashed something far more evil than themselves.

Review: From the poster alone, you can tell that this is the kind of film that has put more focus on looking good than telling a good story. And when that’s what happens with a horror, that usually means that there’s a lot of blood splattered everywhere but a lot of characters that you don’t care about. The story sounds pretty intriguing and starts out okay, but it quickly becomes boring and predictable and really doesn’t come to much. 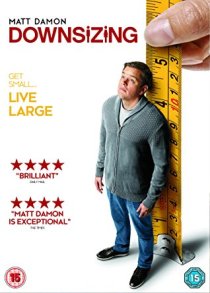 Synopsis: Living a fairly average life, a childless couple volunteer for a reduction programme that shrinks them down to five inches tall and places them in Leisureland, a planned community where everything is pristine, well-manicured and cheap. But life amongst the little people isn’t as glamorous as it once sounded, as Paul discovers a dissident Vietnamese refugee, which throws his vision of utopia off-kilter.

Review: It’s all been said before, but yeah this really misses the mark. It had such a great opportunity to give an important message but also to explore this great concept to some very entertaining levels, but it does none of that. The story that is told, instead, holds very little meaning or substance. It all begins quite well as we introduced into the world of the little people, but it doesn’t go anywhere after that. Whilst Matt Damon’s character looks up to the rich playboys Christoph Waltz and Udo Kier he runs from any opportunity to better himself or to do anything meaningful for himself or the world.

Downsizing could have been both a great utopia and dystopia, as it promises essences of both, but instead the premise falls flat. The film could have been very preachy if it did bombard us with messages of saving the environment, but Wall-e did a better job of making me think about how much waste my household creates than this film did. Hong Chau is hilarious, though. She is the one good thing that can be taken away from this film. 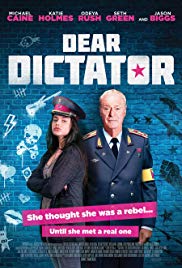 Synopsis: When a British-Caribbean dictator is forced to flee his island, the only place where he can seek refuge is with his pen pal – rebellious teen Tatiana, who lives in suburban America. After the initial shock, he teaches her how to overcome her “mean girl” adversaries and start her own miniature revolution. 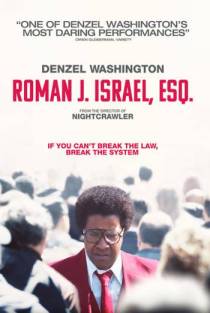 Synopsis: When his business partner dies and his legal business is wound down, sixty-something Los Angeles criminal attorney Roman J. Israel, Esq finds himself working for a hotshot lawyer. He is assigned to the case of an innocent young man accused of murder, but he ends up turning the identity of the killer over to the victim’s relatives and gathering a private reward of $100,000 in return.