The Upside (11th Jan)
A remake of the French 2011 film, The Intouchables, which is based on a true story of the life of Philippe Pozzo di Borgo, the film explores the relationship between a wealthy man with quadriplegia (Bryan Cranston) and an unemployed man with a criminal record (Kevin Hart) who’s hired to help him. Directed by Neil Burger, the film also stars Nicole Kidman, Julianna Margulies, and Aja Naomi King.

What Men Want (22nd March)
A remake of the 2000 film What Women Want, the film follows a woman (Taraji P. Henson) who is boxed out by the male sports agents in her profession, but gains an unexpected edge over them when she develops the ability to hear their thoughts. Directed by Adam Shankman, the film also stars Aldis Hodge, Wendi McLendon-Covey, Max Greenfield, and Tracy Morgan.

Pet Sematary (5th April)
Directed by Kevin Kölsch and Dennis Widmyer, the film is the second adaptation of the Stephen King book and stars Jason Clarke, Amy Seimetz, and John Lithgow. Louis Creed, his wife Rachel and their two children, Gage and Ellie, move to a rural home where they are welcomed and enlightened about the eerie ‘Pet Sematary’ located near their home. After the tragedy of their cat being killed by a truck, Louis resorts to burying it in the mysterious pet cemetery, which is definitely not as it seems, as it proves to the Creeds that sometimes, dead is better.

Hellboy (12th April)
Based on the graphic novels by Mike Mignola, Hellboy is caught between the worlds of the supernatural and human and must battle an ancient sorceress bent on revenge. The film is directed by Neil Marshall and stars David Harbour in the title role. It is a reboot of the Hellboy film series and is the third live-action instalment in the film series. The film also features Milla Jovovich, Ian McShane, Sasha Lane, and Daniel Dae Kim.

Men in Black: International (14th June)
A spin-off of the Men in Black film series, which is loosely based on the Malibu/Marvel comics of the same name by Lowell Cunningham, the Men in Black have always protected the Earth from the scum of the universe. In this new adventure, they tackle their biggest threat to date: a mole in the Men in Black organization. Directed by F. Gary Gray, the film stars Tessa Thompson, Chris Hemsworth, Liam Neeson, Emma Thompson and Rebecca Ferguson.

Grudge (21st June)
Directed by Nicolas Pesce, the film is a reboot of the 2004 American film and the second remake of the Japanese horror film, Ju-on: The Grudge. It is set in a house that is cursed by a vengeful ghost that dooms those who enter it with a violent death. The film stars Andrea Riseborough, Demián Bichir, John Cho, Lin Shaye and Jacki Weaver.

The Addams Family (25th Oct)
A new animated film directed by Greg Tiernan and Conrad Vernon, which is based on The Addams Family comics by Charles Addams, will feature the voices of Oscar Isaac, Charlize Theron, Chloë Grace Moretz, Finn Wolfhard, Nick Kroll, Bette Midler, and Allison Janney. The film will follow the family’s lives as they begin to unravel when they face-off against a greedy crafty reality-TV host while also preparing for their extended family to arrive for a major celebration. I don’t know about you, but I would have loved to see this as a live-action film with that amazing cast!

Terminator 6 (1st Nov)
The currently untitled reboot has no plot details as of yet, but it is set to be the sixth instalment in the Terminator franchise, serving as a direct sequel to The Terminator and Terminator 2: Judgment Day. Directed by Tim Miller, the film will star Arnold Schwarzenegger, Linda Hamilton, Mackenzie Davis, Gabriel Luna, Natalia Reyes, and Diego Boneta.

Charlie’s Angels (TBC)
A reboot of the 2000 action comedy based on the 1970s TV series and directed by Elizabeth Banks, the film is set to star Kristen Stewart, Naomi Scott, and Ella Balinska as the new Angels alongside Banks, Patrick Stewart, and Djimon Hounsou. Nothing else is known about the film as of yet, but it certainly sounds very intriguing. 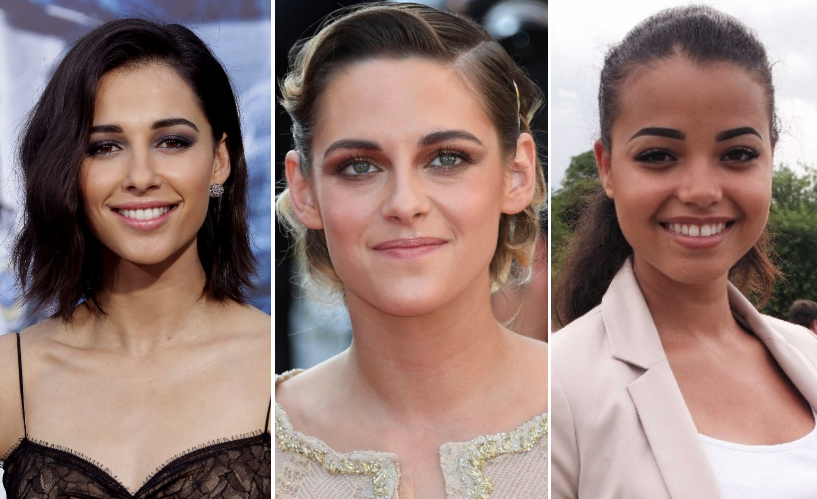 Child’s Play (TBC)
The eighth instalment in the Child’s Play franchise and a reboot of the 1988 film of the same name, a mother gives her son a toy doll for his birthday, unaware of its more sinister nature. Directed by Lars Klevberg, it stars Gabriel Bateman, Aubrey Plaza and Brian Tyree Henry.

Continue on to the next page for more →