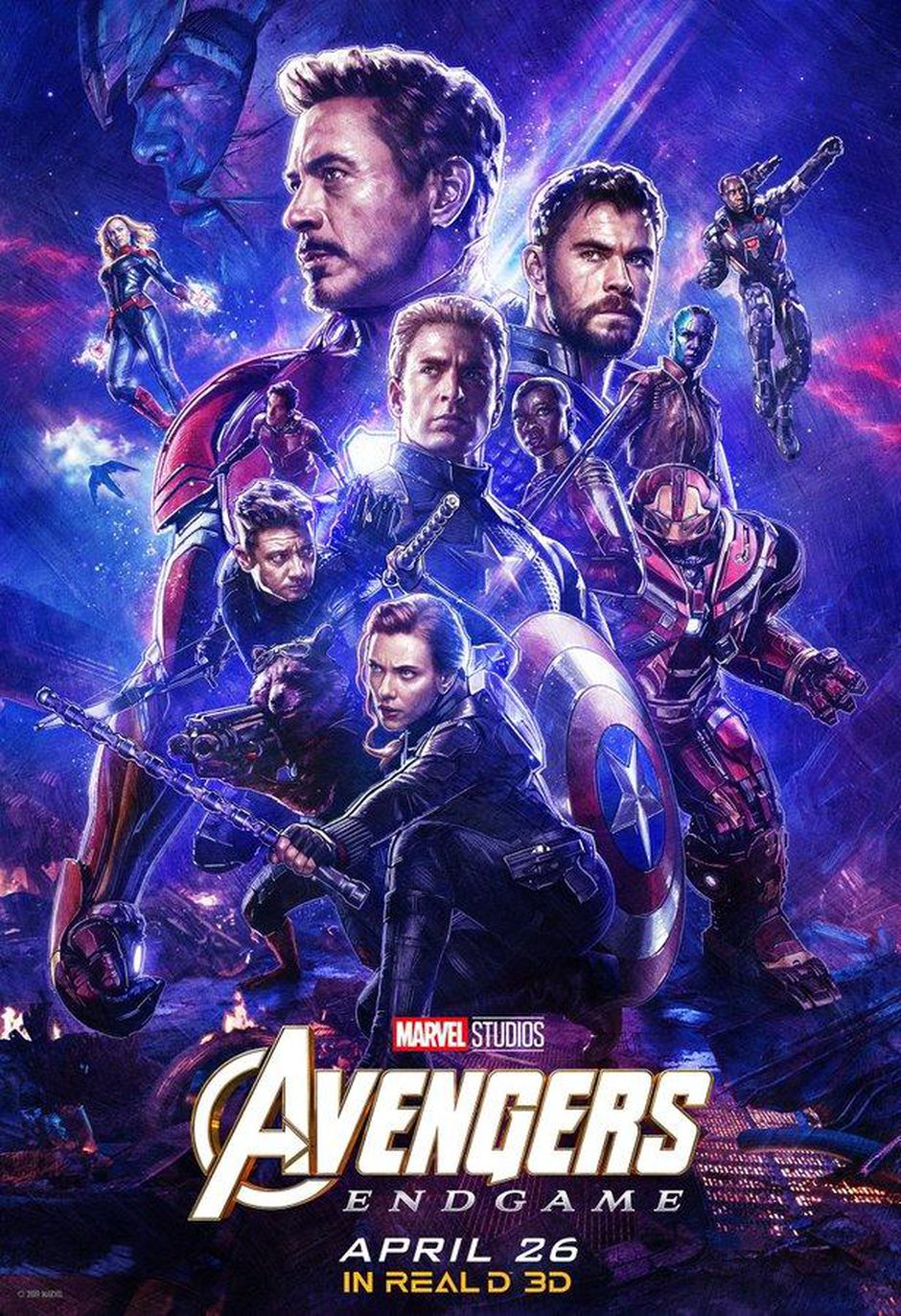 The 22nd film in the Marvel Cinematic Universe (MCU) and the fourth Avengers film, following on from last year’s Infinity War and once again directed by Anthony and Joe Russo, Avengers: Endgame picks up with the surviving members of the Avengers and their allies – including Iron Man (Robert Downey Jr.), Captain America (Chris Evans), The Hulk (Mark Ruffalo), Thor (Chris Hemsworth), Black Widow (Scarlett Johansson), Hawkeye (Jeremy Renner), War Machine (Don Cheadle), Ant-Man (Paul Rudd), Captain Marvel (Brie Larson), Nebula (Karen Gillan), and Rocket (Bradley Cooper) – as they must work together to reverse the damage caused by Thanos (Josh Brolin). and restore order to the universe once and for all, no matter what consequences may be in store.

Warning: This review does contain some spoilers!

Avengers: Endgame is everything that I could have wanted and so much more. With all of the footage that we’ve seen from the film’s trailers and promotional footage happening within the first 15 minutes, at least, Endgame is a voracious, tense, daring, hugely entertaining, and emotionally impactful blockbuster of epic proportions.

The film brilliantly begins with a focus on the traumatic state of the world is after half of its population turned to dust. With the Avengers feeling defeated, they each deal with the loss of so many loved ones in their own way – Captain America councils others, Black Widow buries herself in work, Hawkeye goes on killing a rampage, and Thor falls into a state of depression. With such a personal feel to the destruction left behind from Infinity War, I wasn’t expecting so much real-life context in a film that I thought was going to get straight to the point.

But this is why I have always loved Marvel’s films, as they always fit their sci-fi/superhero settings into a context that sees the effects on the everyday world. From seeing the Avengers being torn apart because of a legislation that requested their actions should be accountable for, Endgame comes full circle to see the team brought back together to attempt to fix their previous failings. And the reason it works so well is because it doesn’t forget that it is set on a planet amongst seven billion others (most of whom don’t have any special abilities!). Instead of just getting to the point and not considering the impact their actions have, this time they consider what’s the right thing to do in the bigger context of not only Earth, but the whole galaxy.

One of the things I liked most about the story was that it didn’t rely on Captain Marvel, as I was worried that it would all fall into the hands of a new superhero who we haven’t had the time to get to know as well as the others. Sure, she’s all-powerful and thank God she was around, but it would have been a waste of a film if she was the key to the Avengers success. Instead, Endgame uses its ensemble cast in the best way possible.

As the film revisits a few previous instalments in the most brilliant of ways, showing us some new footage almost behind the scenes of the big events of the past few years, Endgame is filled with so much nostalgia that it really does feel like the end of an era. Packing such an emotional punch, it’s no wonder why fans have gone to see this in the cinema so many times already.

With fewer deaths than I had anticipated, the deaths that do occur hit hard. I cried at least four times, but not just because of who we lost, but because of the impact that all of these events had as they came together. With so much focus on the relationships that have been formed over the years, the families that have grown and the unbreakable friendships that we have invested so much time in, there is so much emotion behind the story that Endgame is much more than just a superhero film. This instalment, in particular, feels incredibly intimate, with the connections that these characters have with its audience showing exactly what a studio like Marvel exists for, and why we always keep coming back for more.

The perfect finale to phase three, whichever way it decides to go after this, if this is the last time that we see many of these superheroes, then this was the perfect way to say goodbye to them. As the film seems to pass the torch onto potentially new characters and worlds with our favourite Avengers stepping out of the spotlight, it’s obviously time to make way for the changes that Thanos’ actions have brought on, and to enter into a very different universe from the one that all began with Iron Man over 10 years ago.

I didn’t think that a superhero film could ever affect me as much as Endgame has, but this really is a film of monumental quality and ambition, and I really do hope that we see it being nominated for more than just a visual effect award at next year’s award ceremonies.