I haven’t included Cyborg, Green Lanterns Corps, or Venom 2 in this list as there’s just not enough information about them at the minute, so I think it is more likely that we will see these in 2021.

The eighth film in the DC Extended Universe and a follow-up/spin-off to the 2016 film Suicide Squad, Birds of Prey will see Margot Robbie return as Harley Quinn after splitting with the Joker, as she joins forces with Black Canary (Jurnee Smollett-Bell), Huntress (Mary Elizabeth Winstead), and Renee Montoya (Rosie Perez) to save Cassandra Cain (Ella Jay Basco) from Gotham City crime lord, Black Mask (Ewan McGregor).

Directed by Cathy Yan, it will be great to see Robbie return as one of the few characters from Suicide Squad I wanted to see more of, but I’m still not sure this film will do so well.

Again directed by Patty Jenkins, Wonder Woman 1984 is a sequel to the 2017 origin film and will be the ninth instalment in the DC Extended Universe (DCEU). Set in 1984, Gal Gadot returns as Diana Prince/Wonder Woman as she comes into conflict with two formidable foes: Maxwell Lord (Pedro Pascal) and the Cheetah (Kristen Wiig). She will also reunite with her past love Steve Trevor (Chris Pine), but how he will be reintroduced to the story is anyone’s guess at the minute.

The twenty-fourth film in the Marvel Cinematic Universe (MCU) and directed by Cate Shortland, Black Widow is set after the events of 2016’s Captain America: Civil War and sees Scarlett Johansson as Natasha Romanoff/Black Widow on the run and forced to confront her past. It’s about time Black Widow had her own film, especially after the events of Endgame, although she deserved one long before that. The film is also set to star David Harbour, Florence Pugh, O-T Fagbenle, and Rachel Weisz.

I think this film has been in my upcoming films list for the past two years, but it looks like it’s finally about time for The New Mutants to actually get released. Intended to be the thirteenth and final instalment in the X-Men film series and directed by Josh Boone, the film will follow a group of young mutants held in a secret facility who must fight to save themselves. It stars Anya Taylor-Joy, Maisie Williams, Charlie Heaton, Henry Zaga, Blu Hunt, and Alice Braga. Despite the delayed release, I’m still really looking forward to this because of the brilliant, young cast.

The twenty-fifth film in the Marvel Cinematic Universe (MCU) and directed by Chloé Zhao, the film is based on the Marvel Comics race of the same name and follows a race of immortal beings who lived on Earth and shaped its history and civilizations. With a whole new set of characters to look forward to meeting, what’s even more exciting about this film is the excellent cast, which includes Angelina Jolie, Richard Madden, Kumail Nanjiani, Lauren Ridloff, Brian Tyree Henry, Salma Hayek, Lia McHugh, Don Lee, Barry Keoghan, Gemma Chan and Kit Harington.

Based on the Valiant Comics character, Bloodshot is directed by David Wilson in his feature directorial debut and stars Vin Diesel as Ray Garrison, a slain soldier who is re-animated with superpowers. The film also stars Eiza González, Sam Heughan, Toby Kebbell, and Guy Pearce.

I’m not sure about this one as it seems like a premise we’ve seen before many times and also a stereotypical role for Diesel, so that’s not a great combination to start with. The trailer, however, does hint at some more unique qualities, so it might surprise us yet.

Following 2018’s Venom, Sony announced their plans for a new shared universe of films inspired by Spider-Man characters. Next up, Morbius. Based on another Marvel Comics character of the same name, the film is being directed by Daniel Espinosa and stars Jared Leto in the title role alongside Adria Arjona, Matt Smith, Jared Harris, and Tyrese Gibson.

Leto gets a lot of stick, especially after his performance as Joker in DC’s Suicide Squad, but I’ve always been a fan of his and I think any shared universe with Leto and Hardy involved sounds like good news to me. 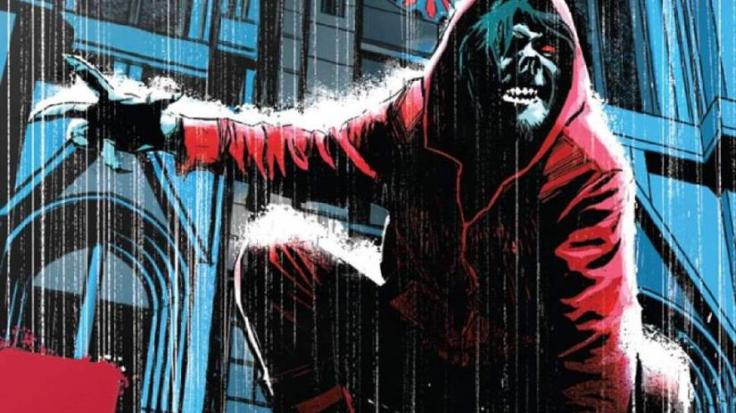 Continue on to the next page for more →