“Sometimes you need to scorch everything to the ground and start over. After the burning, the soil is richer, and new things can grow. People are like that, too. They start over. They find a way.”

Originally published in 2017 and written by Celeste Ng, Little Fires Everywhere is set in 1990s Shaker Heights where everything is planned and everybody plays by the rules. Elena Richardson embodies this spirit more than most, but when Mia, an enigmatic artist and single mother who’s always on the move, arrives with her daughter, Pearl, their idyllic bubble bursts. As Mia rents a house from the Richardsons and begins working in their home, all four Richardson children are drawn to the mother-daughter pair. But Mia carries with her a mysterious past and a disregard for the status quo that threatens to upend this carefully ordered community, as Elena becomes determined to uncover her secrets.

Synopsises will tell you that this book is about the weight of secrets and the nature of art and identity. And with subplots about race, class, adolescence, and the balance between right and wrong, there’s certainly a lot going on. The themes of race and class feel most important, highlighting how being white and entitled can often allow you to give your child better opportunities. But for me, it’s the theme of identity that stands out most.

Little Fires Everywhere explores the importance of finding out who we are, where we come from, and what parts of our upbringing define us. Is it better for a child to come from a family who can afford to give them better opportunities, or is it better for a child to be with their biological parents, despite anything else? At its heart, it’s a story about what it means to be a mother, whether your child is biologically yours or not, beautifully exploring the fragile bond between mother and child while also discussing the right we have to decide whether we want to bring a child into the world or not in the first place.

“What made someone a mother? Was it biology alone, or was it love?”

The plot is pretty minimal as things move slowly. The story, instead, is full of development and character study. It’s rich with personal detail which really makes you feel something for every character. With the fire being a pinpoint in the story, it quickly goes back a few months to begin the lead-up to what’s been going on in Shaker since the arrival of Mia and her daughter. The story sometimes gets a little lost in the detail of its characters’ pasts, but it brilliantly paints a complex portrait, slowly unravelling to catch up with the issues they face in the present.

What the book does best of all is that it uses the subplot of a court hearing to explore the conflicting viewpoints on this issue through two very different characters. Celeste does a great job of showing a balanced story, exploring multiple themes from all angles, without making the discussions about class and race too obvious or appearing as though it comes from a certain standpoint.

With Mia, we see a mother who is doing everything she can for her daughter, but who is restricting her from thriving because of the love she has for her. We do get to see a really caring side to her at times as the book tries to craft her into being the character you root for. But this is my one criticism of the book. While Mia may be one of the few who’s standing up for what’s right, her own actions don’t reflect that. Most of all, she’s selfish, and I can’t get past the book trying to justify her actions when I don’t think that what she did in her past was acceptable.

On the other side, we have Mrs Richardson. She has good intentions but she’s blind-sighted. She’s planned her whole life to ensure that she can give her children the best of everything, but she’s also neglected to put them first to be able to do this. You can see why Reese Witherspoon wanted to play her. There’s a lot to aspire about a woman like her, but her ignorance is what makes her very unlikeable at the same time. I really wanted to like her, but I can’t forgive her for her treatment of Izzy, even if I completely understand and relate to her explanation of why she struggled to bond with her after her birth.

There’s a lot to like and dislike about them both, and it’s the good traits that each other’s children see in them. Pearl sees a mother who could give her better opportunities, while Izzy sees a mother who accepts her for who she is. However, the only character I could fully get behind was Izzy. She’s impulsive and strong-minded, but she still wants comfort and support and there’s so much to relate to in that. She was developed perfectly, and really becomes the driving force behind the storytelling.

“Most of the time, everyone deserves more than one chance. We all do things we regret now and then. You just have to carry them with you.”

Taking place in Shaker Heights, Ohio, where Celeste grew up, the backdrop is the perfect setting for a story about breaking out of the ‘perfect’ stereotype. What it leaves me with is the message that only you know what’s right for you. Being a good mother isn’t about what’s in your house or bank account, it’s about the person you shape your child into becoming, the will you have to do what’s best for them, and the love that can replace everything else. It’s certainly a book that will get your mind ticking away and that will – hopefully – end with you closing the book with a more open mindset.

There was a section near the end that especially made my heartache. As things are rounded up with Bebe, Mia’s past is revealed, and Lexie has to deal with the consequences of her own decision, the book brings these stories together to put a focus on the lengths a mother will go to for their child. There’s a discussion about how you cuddle and kiss your baby as much as you can because these intimate moments become less and less the older they get. With that, I hugged my baby a little tighter and all I can do is go away with the hope that my best is enough. 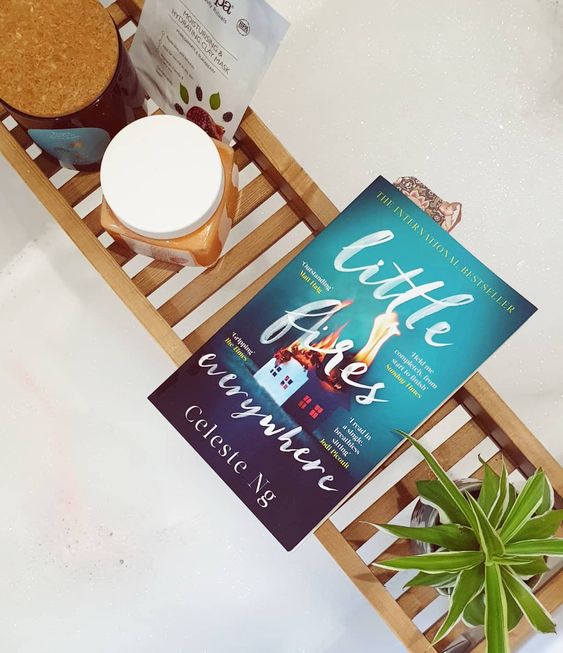