“I thought, by coming here, that I’d leave what happened behind. But grief can’t be cast off like a jacket. It becomes part of you, an invisible film welded to your skin. Some days you feel it, some days you don’t, but it’s always there.”

Published in 2019 and written by C.L. Taylor, Sleep sees Anna escape to a hotel on the remote Scottish island of Rum. But when seven guests join her, what started as a retreat from the world turns into a deadly nightmare. Each of the guests have a secret, and one of them is lying about who they are. Seven strangers. Seven secrets. One murderer. Exhausted by crushing insomnia and terrifying night terrors, all Anna wants is to sleep. If only she didn’t feel so guilty…

I’m a big fan of C.L. Taylor and have loved her other books, so I was excited to pick up a new one. However, I didn’t love this. The plot itself is brilliantly thought out and I couldn’t figure out who thee murderer was at all. I thought I had it sussed out but there are a couple of great twists used that throw you off more than once. But I just couldn’t connect with the characters.

The problem I had was that I didn’t get to know Anna well enough. Usually, Taylor ensures that you really get into the head of her characters. While I felt Anna’s guilt and fear, I couldn’t engage with her. I just couldn’t get a picture of her in my mind, and instead was imagining a combination of traits from Taylor’s other female-led stories, which is probably why I felt so distant from her.

The setting is also underused. I didn’t feel the claustrophobic atmosphere of being stuck on a remote island with a killer or the feel of the stormy weather. The feelings of the characters are certainly explored well, but I think the setting could have really intensified the story if used better.

Still, Sleep is a gripping thriller and there’s no doubt that Taylor knows how to keep you intrigued. I may not have enjoyed this book as much as her others, but she’s definitely a fantastic writer that I will always be excited by. 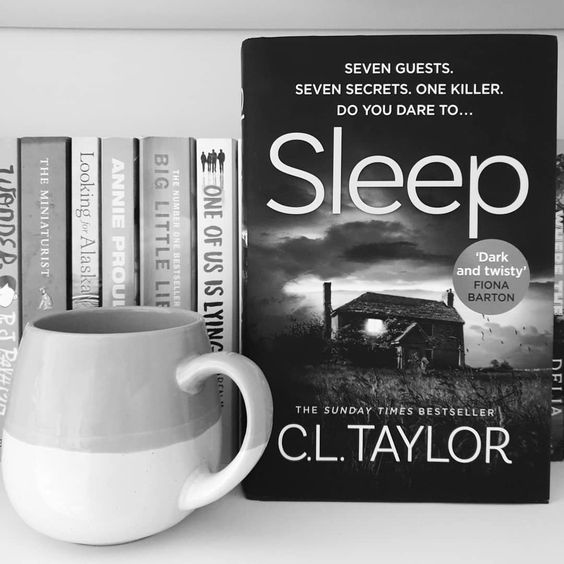