“Kya never had her troop of close friends, nor the connections Jodie described, for she never had her own family. She knew the years of isolation had altered her behaviour until she was different from others, but it wasn’t her fault she’d been alone. Most of what she knew, she’d learned from the wild. Nature had nurtured, tutored, and protected her when no one else would. If consequences resulted from her behaving differently, then they too were functions of life’s fundamental core.”

The 2018 novel by Delia Owens, Where The Crawdads Sing follows two timelines that slowly intertwine. The first follows the life and of a young girl named Kya who, known to the residents of Barkley Cove, a quiet town on the North Carolina coast, as “Marsh Girl”, has grown up in isolation. The second follows the murder investigation of Chase Andrews, for which the locals immediately suspect Kya of committing. But Kya is not what they say. She’s sensitive and intelligent and has survived for years alone in the marsh that she calls home, finding friends in the gulls and lessons in the sand. But who’s going to look out for her when everybody in her life has left her to fend for herself?

This is a book that I’ve seen everywhere at the minute, and it’s one that stood out to me because of the stunning cover. So, I had to see what all of the hype was about. A story about loneliness, desperation, survival, prejudice, determination, strength and love, Where The Crawdads Sing is a book that will leave you with all the feels.

At first, I found it difficult to get into. But this was only for about the first 60 pages or so. I can’t pinpoint exactly what it was. Maybe it’s because I’ve only recently been reading quick-paced thrillers at speed or because I’m not used to the North Carolinian accents and turns of phrases, but this is a book that you need to take your time with. And it deserves your time, too. It deserves for you to linger on every word and slowly take it all in.

After my initial slow start, the words soon began to flow and it’s not long until you feel completely consumed by Owens’ beautiful prose which reads like poetry. An American author and zoologist who spent years studying animals in Africa, Owens’ knowledge of wildlife is apparent. She uses breathtaking details about the flora and fauna as her vivid descriptions guide you through the swamp. Every page feels full of colour, bringing even more warmth and beauty to her words as you feel the solace of the blush pink skies, the tranquillity of the teal waters, and the softness of the crisp-white leaves.

As Kya grows older, you then begin to feel her yearning to be touched and loved, as the coming-of-age elements of the story are weaved beautifully with the second narrative, as the two stories are told alongside each other brilliantly. With Kya at the heart of them both, you really begin to care for her. It’s a sad book but not in a depressing or heartbreaking way. It’s sad because of how much you want to comfort Kya. You want to mother her, protect her, to show her that there is good in the world, and it breaks your heart that she is often so alone.

It’s a wonderfully illustrative and emotive narrative that really pulls on your heartstrings. The theme of loneliness, especially, has a real impact. It is so tenderly explored that Kya is undoubtedly going to be a character that you won’t easily forget about.

My final thoughts are around the reveal of who Chase’s killer is (don’t worry, I won’t give away any spoilers!). I don’t know if I loved how this reveal played out and the delicate way that it was told, or if I think that it attempted to rewrite too much of what had already been said. I had a few theories and, of course, this was one of them. But I feel like the build-up made such a good case against this outcome that it almost changed my feelings towards the character involved.

Still, I come away from this book absolutely in awe of it. There are so many memorable quotes and lines of poetry that hold so much meaning to them that this book went straight onto my favourites shelf after finishing it. As Owens writes herself:

“I wasn’t aware that words could hold so much. I didn’t know a sentence could be so full.”

I’m also so excited that the film rights have been picked up for this book by Reese Witherspoon‘s Hello Sunshine production company after she selected it for her book club in September 2018. I look forward to finding out more about this. 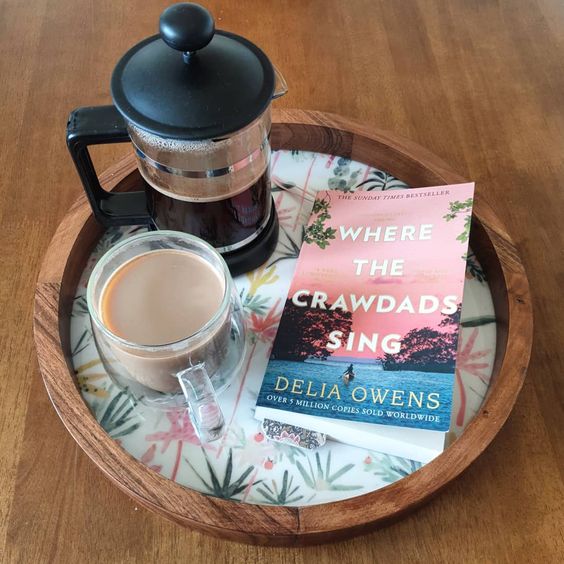