“I thought that having a baby meant that I would always be loved by someone until the day I died. I was wrong. Being a mother is no guarantee of anything.”

What Lies Between Us by John Marrs was published in May 2020. They say every house has its secrets, and the house that Maggie and Nina have shared for so long is no different. Except that these secrets are not buried in the past. Nina can never forgive Maggie for what she did. And she can never let her leave. But there are many things about the past that Nina doesn’t know, and Maggie is going to keep it that way. Because in this house, the truth is more dangerous than lies.

What Lies Between Us is a truly addictive read that left me wide-mouthed in shock after every chapter, and that tension doesn’t stop until the very last page.

I went into this book knowing nothing about it. I hadn’t even read the synopsis, only seeing that it was getting great reviews. And I’m so glad that I did it that way. The synopsis doesn’t give away too much, but without knowing about Maggie and Nina’s relationship or the situation they are both in, there were so many shocks early on for me.

As the story switches between Nina and Maggie’s narration in both the past and the present, Marrs gives a new revelation in almost every chapter, ranging from small hints to what happened to cause the characters to behave as they are, to huge cliffhangers as their secrets are revealed. There’s so much to uncover and just when you think you have the answers to everything, their dysfunctional lifestyle becomes even more complicated.

Nothing is as straightforward as it seems in this wholly captivating thriller. It’s very dark and disturbing, which I love, and some pages did leave me feeling uncomfortable. But because of the interesting structure, you never know who to fully trust, so you’re always on the lookout for another explanation.

The best thing about What Lies Between Us is Nina and Maggie and how well they are developed. The mother and daughter relationship is like no other I have read. With the constant twists, you never know which character to hate the most or who to start feeling compelled towards. And I still don’t. There are reasons to despise them both, but they also make effective cases for their actions. Most of the time, anyway. Sometimes, you want to lock them both in a room and throw away the key.

While Marrs throws a lot of small events and details at you piece by piece, he doesn’t forget to tie up any of his loose ends. There were a few smaller details that I made note of to see if they were concluded in the end or not, but Marrs ticks them all off. He is obviously a very talented writer, and this is such a unique thriller that I already can’t wait to read more of his books. I’m already eyeing up The Passengers. 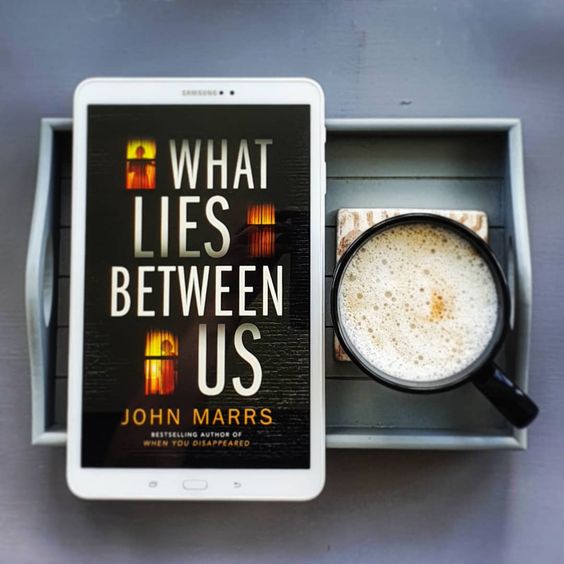