“If I’d known what was coming, what we were driving towards, I would have made Sean stop the car and take us straight back to the airport. I would have grabbed the steering wheel myself, forced the car off the road and made him do a U-turn right there. But I didn’t know.”

The Holiday is the 2019 release by T.M. Logan which follows a group of four life-long friends and their families as they head to a luxurious villa in the south of France to enjoy a week together in the sun. But what was supposed to be the perfect holiday is quickly ruined when Kate finds messages on her husband’s phone that indicate he is having an affair. And this might just be the perfect opportunity to get the proof she needs – to catch him in the act once and for all – because the other woman is one of her best friends, and someone in the villa is prepared to kill to keep their secret hidden.

With a premise that will have you instantly hooked, a brilliant setting and a slow-burning mystery that’s full of secrets that you won’t see coming, The Holiday is a thriller that you won’t easily be able to piece together.

Told mostly from Kate’s first-person narrative, with snippets of third-person narratives seen from the points of view of some of the other characters, the book is mostly a domestic drama which is really enjoyable to see play out. But with the word “murder” written on the front cover of the book, you know that there’s going to be an element of thriller come into it towards the end, as the pressure slowly begin to rise up.

At first, I didn’t understand why we were getting so much insight into an event that began nine months ago as I couldn’t see how the stories were going to come together or be relevant. But this is what’s so great about that book because it’s all there right in front of you; it’s just not easy to see the subtle links that begin to build-up until everything is finally revealed.

With likeable characters who each have a flaw to make you question their agenda, they are all easy to relate to. Having all gone off in opposite directions after university, they are now facing different issues in their family and love lives. One couple is worried about her marriage, another about her career, another about her troublesome teenagers, and a singleton who seems–on the surface–to be having it much easier than her friends who are tied down with commitments. And although we only get a glimpse into each of their lives, they all represent something in each of us and are developed well enough to find their shared story an engaging one.

For the quick read that this book is, you get to know all of the characters quite well. But because you don’t know where to put your trust, you also find yourself judging their actions, picking them apart and finding fault in their personalities. While it can sometimes be frustrating to not be able to like a character completely when an author makes you suspect them all, I loved getting to analyse them all so intently.

I had no idea where the story was going to go but I loved the building tension, reading it in one sitting to impatiently find out the answers. There are so many secrets in this book that it’s close to bursting, so you won’t want to put this one down. 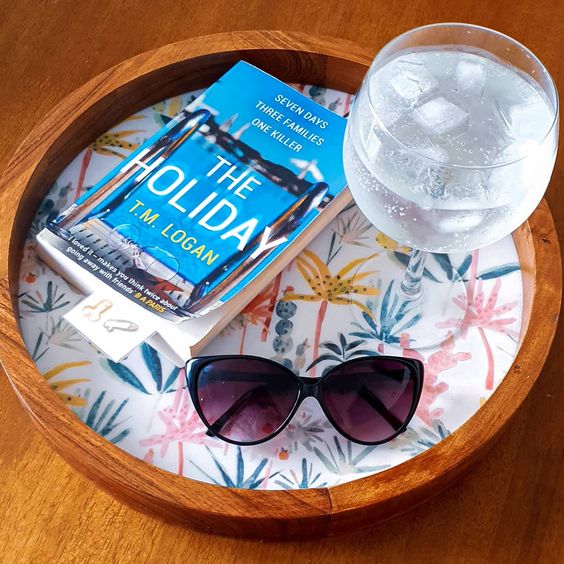