“What happens during a moment of intimacy is complicated and confusing. When we put it under a spotlight in a court of law, we discover that, a lot of the time, there is no black and white. Just shades of gray.”

Released this week, Megan Goldin‘s latest thriller The Night Swim follows true-crime podcaster Rachel Krall who has become an overnight sensation, and the last hope for thousands of people seeking justice. But she’s used to being recognized for her voice, not her face, which makes it all the more unsettling when she visits the small town of Neapolis during a devastating rape trial and finds a note on her car windshield addressed to her. Under pressure to make the latest season of her podcast a success, Rachel throws herself into investigating the trial. The town’s golden boy has been accused of raping a high school student, the beloved granddaughter of the police chief. But the mysterious letters keep showing up in unexpected places. Someone is following her, and they won’t stop until Rachel agrees to help them solve a mystery that happened twenty-five years ago.

Thankyou to NetGalley for a free advance copy of this book in exchange for an honest review.

With the premise of having a podcaster sit in on a rape trial as she describes the courtroom experience to her listeners, The Night Swim instantly has a modern and unique spin on it that makes you feel a part of the jury. As you get to play the role of the listener and decide ‘Guilty or Not Guilty’, it’s easy to enjoy the steady pace of this slowly-unravelling mystery, just as you would watch a real-life crime unfold on your TV screen at home.

With heavy themes and a 25-year-long mystery to uncover, The Night Swim has its moments of being an unsettling and psychological thriller. But this is combined with compelling characters, emotional resolutions and heartbreaking turning points for its characters, which results in a thought-provoking narrative that questions the justice system and our duty as spectators.

It’s a real slow burner which works as both a positive and a negative for this book. It begins as a slight negative as the opening chapter doesn’t give much away, and the information is revealed so slowly that it doesn’t have that unputdownable rush to it that we so often crave these days. But it’s obvious that that’s not how Goldin wanted to approach her story, as she builds on the atmosphere of the courtroom’s slow pace by giving the reader snippets of the truth drop by drop, which really suits the premise as it begins to develop more.

However, with two stories developing side by side, one in the present and one in the past, Rachel, as a journalist, should have started to piece things together a lot better. She obviously had a lot on her plate with her priorities on the trial, but there were certain comments made about details of Jenny’s death that made you attempt a guess at who was behind her potential murder, which Rachel just wasn’t questioning. Because of this, her restricted vision didn’t allow for the narration to expand on these connections. The reveal of her killer did come as a big shock to me as it wasn’t an easy twist to predict, but there were similarities to Jenny and Kate’s case that nothing came of in the end which I found a little disappointing.

But instead of making links to a clever twist to distract her readers, Goldin uses the trial and the potential murder case to raise some really important discussions. At the story’s core, there’s a great conversation about how we find it so easy to question a victim of rape, yet we would never ask someone who had been murdered if they were asking for it [if we were given the opportunity to].

Goldin uses her narrative to make some very valid and insightful points and it’s this side to the story that will stop you in your tracks and make you think. But I also think that there’s a lot to be said about the accused being innocent until proven guilty, as well. Rachel often says that she’s keeping her mind open, but it’s obvious from the beginning that she’s out to prove a different point entirely, that our first thought shouldn’t be to doubt a victim of abuse or to put them under more stress by having to prove that something so horrible happened to them. Of course there’s a lot of importance in that message, too, and it’s a tough subject to broach. But people are wrongly accused on occasions, and as the book details, it can ruin a person’s life.

“To tell you the truth, I don’t get how we can almost unanimously agree that murder is wrong, yet when it comes to rape some people still see shades of gray.”

Although you can see why Rachel makes up her mind so early, my only problem with this is because of her position. Attending the trial as a journalist, she shouldn’t have been so blatant with her opinions. As some of her critics said, she needed to be more objective to rock the story a little more. I would have liked more time spent on the possibility that maybe he didn’t do it, and that maybe Kate was out for revenge because of something that possibly linked to Hannah’s past, just to give you that sense of doubt and really put you in the mindset of a juror in the courtroom.

There was just something that didn’t click for me to be blown away by it. Without having that added twist of whether Kate is telling the truth or not, and the answer of whether he is guilty or not guilty being made quite obvious, I wasn’t hooked on the thriller side of the story as much as I wanted to be. The courtroom drama side to the story is engaging and there’s certainly a lot to admire about Goldin’s story-telling, but it’s definitely more of a character-driven mystery than a quick-paced thriller.

The two stories come together well and I really like Goldin’s writing and development. She deals with the hard-hitting story brilliantly, getting across a powerful message about how we perceive accusations of rape in an eye-opening way. But it lacked a shock-factor, for me. The thriller elements could have been used to a better effect to grip me more tightly and make me care about the final revelations more, but it was a much softer impact that it had on me in the end.

Nevertheless, with some of the story being told through Rachel’s podcasts, this would make a great audiobook to listen to, as you could sit and figure out who was Guilty or Not Guilty for yourself. I would definitely be a fan of Rachel’s podcast if it were real, anyway. And if Goldin were to give Rachel a follow-up story, I would choose to listen, instead. 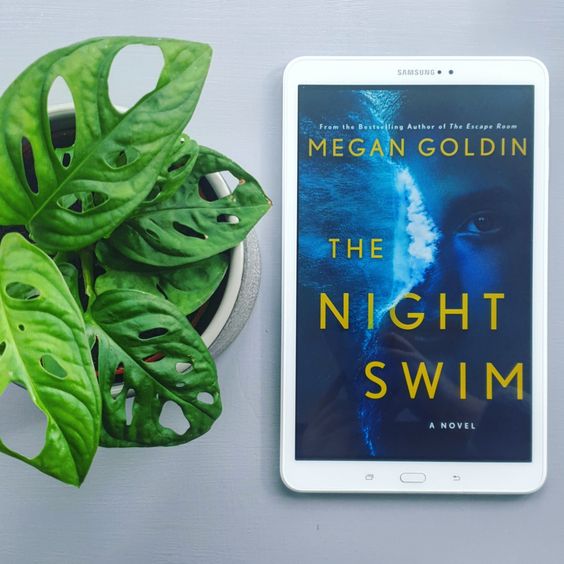