“Time is a strange, liquid thing. It moves in one direction, of course, but it’s capricious. Sometimes it flows swiftly, other times it can be sluggish and wearisome.”

Set to be published on 27th August 2020 and written by Jane Bettany, In Cold Blood is the first book in the DI Isabel Blood series, which follows the titular character as she and her team are called to investigate a body that is discovered in a back garden. But as Isabel approaches 23 Ecclesdale Drive, a feeling of unease settles in her gut. She used to live here, and she hasn’t seen her dad since he left their family forty years ago. Isabel can’t escape the unnerving sense of dread that it’s his body buried in the garden, but she knows best that secrets can’t be buried forever.

As a debut novel, In Cold Blood is a flawless example of its genre. With a steady pace, an interesting murder mystery and an in-depth investigation, it doesn’t fall short on any of its standout qualities. I read this in one sitting and loved every minute of it.

When a book is the first in a series, you usually find the same issues creeping up. There’s either too much of something or not enough of something else. Mostly, there’s not enough time spent on getting to know the main character to make you want to read more about them, or there are too many names mentioned that you can’t get to grips with the story properly. But there’s none of that with this book. In Cold Blood has the perfect balance of story, mystery, and development, and you come away knowing enough about every single character.

It’s a really easy book to enjoy. The detective story itself reads like an episode of Vera, which I mean as a huge compliment. The author is obviously a fan, too, as they even mention her at one point which made me smile. The promotion for this book alone says that it’s for fans of Ann Cleeves, and you can see why. Isabel is likeable, committed to the job, and uniquely funny, and the mystery is complex but easy to follow.

It follows a similar pattern to others in its genre in that it makes you question every character, and you don’t know how it all links together until the very end so you are constantly kept on your toes. But what it does best is that it links together Isabel’s own story with the case she is working on, meaning that they are both given the attention they deserve to allow us to feel connected to everything that’s going on.

I wouldn’t say that it’s a gripping or a shocking read, which is the only reason that I haven’t rated this a five-star book as I really couldn’t find any fault with it, but it is interesting, engaging, and enjoyable to see unfold. Bettany has obviously done her research and looks at the police procedural side of the investigation from all angles. I also like the use of the odd northern phrase and occasional mention of an accent as it shows that she pays attention to details.

Most of all, the book deals with its central theme brilliantly. I won’t say what that theme/issue is as it would spoil some of the revelations, but I really like how it was used to add more mystery, but also to tackle a few stereotypes and prejudices along the way.

In Cold Blood is a quality first instalment and will certainly remain one of my favourite reads of this year. I will be looking out for the next DI Isabel Blood book without a doubt, and already look forward to seeing what mystery she has to solve next. 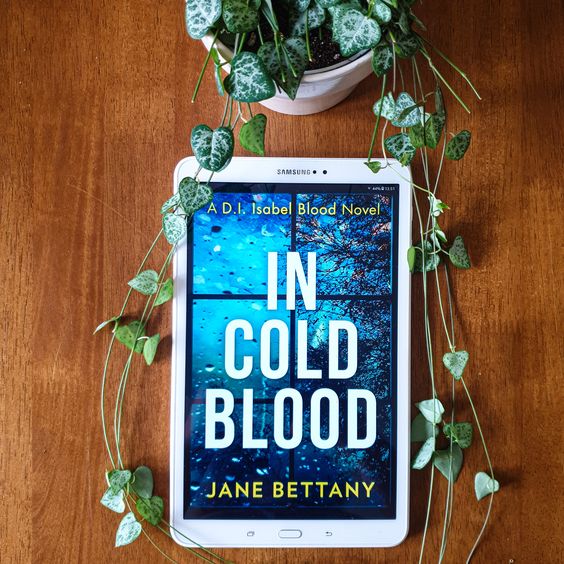