The first book in the Rockwell and Decker series and written by Ellery A. Kane, Watch Her Vanish follows Criminal Psychologist Olivia Rockwell who is forced home to Fog Harbor, California, to look after her little sister. Struggling to adjust to life in a town so small she can hardly breathe, things take a turn for the worst when a scream leads her to the body of a missing local teacher, and all evidence points to Olivia’s most threatening patient, who is safely locked up behind bars.

Watch Her Vanish is a book of two halves. First and foremost, it’s a well-constructed thriller with strong characters. There’s a lot I liked about it. Kane is certainly a good writer as the concept is brilliantly explored and I enjoyed how the story progressed, but there were a few qualities that disrupted my engagement with it.

My main issue was with the romantic subplot. I like thrillers that have a more emotional core, but the relationship between Will and Olivia felt very immature. With the use of the Dr Smarty Pants and Mr Wise Guy nicknames for each other, which were said more times than necessary, their connection often felt childish. It almost felt like the story was set in a schoolyard rather than during a murder investigation at times.

Even during the darker revelations, Will and Olivia were daydreaming about each other rather than dealing with the more interesting topic at hand. I wanted to know about the gritty details of the case, not about how they can’t stand each other yet were secretly pining to kiss each other. It just felt out of place, so I couldn’t buy into it.

The trouble is that there was so much about these characters that felt cliche. The schoolyard banter and quips, the “funny” nicknames that most characters gave each other, the typical laddish banter in the police force: the conversations were just so immature that it felt like the characters were sticking their tongues out at each other, instead of putting their energy into the case.

On top of that, every character had a stereotypical flaw. Most of the women had been abused either sexually or mentally, and all of the men were either perverts, murderers, a brute, or sexist. Having a dark past certainly gives characters a motive to feel or behave a certain way to relate to this case, but there wasn’t a single character who broke the mould.

There are a lot of good qualities about this book and the characters all have strong personalities, but it was just their traits that didn’t sit well with me. And although the plot is a well-developed, there were many scenes that felt slightly ambiguous or inconsistent. Descriptions often felt choppy which interrupted the flow of the story for me, as I found myself having to glance back at the previous chapter a few times to see if I had missed something.

However, the final few chapters certainly deliver in a more concise and fast-paced read with a satisfactory conclusion. The final twists did come as a surprise, but there were so many other suspects hinted at whose actions weren’t explained that I was still left with some questions at the end.

There is obviously going to be a follow-up, though, so maybe some of these loose ends will get answered eventually. And who knows, I may even be tempted to give Rockwell and Decker another go now that the pigtail pulling is all out of the way. 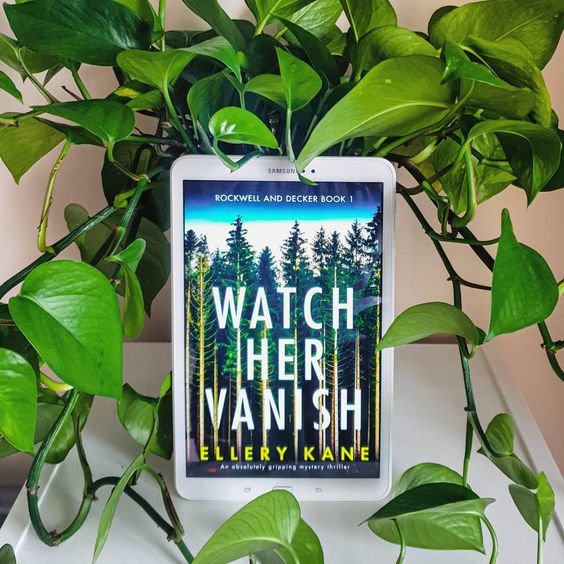