“They conceive a certain theory, and everything has to fit into that theory. If one little fact will not fit it, they throw it aside. But it is always the facts that will not fit in that are significant.”

First published in 1937, Agatha Christie‘s most exotic murder mystery, Death On The Nile, sees the acclaimed Hercule Poirot set to board the steamer Karnak to tour along the Nile while on holiday in Cairo when he must investigate the murder of a young, rich and beautiful socialite, Linnet Ridgeway. She had everything – until she lost her life. Nothing is ever quite what it seems in this exotic setting, as Poirot must find out the truth by questioning those aboard, including Linnet’s husband Simon; her best friend Jacqueline de Bellefort; her maid Louise Bourget; her trustee Andrew Pennington; romance novelist Salome Otterbourne and her daughter Rosalie; Tim Allerton and his mother; American socialite Marie Van Schuyler, her cousin Cornelia Robson and her nurse Miss Bowers; outspoken communist Mr Ferguson; Italian archaeologist Guido Richetti; solicitor Jim Fanthorp; and Austrian physician Dr Bessner.

Just like every other Agatha Christie book I have read so far, Death On The Nile is another intelligent, masterfully-crafted murder mystery with excellent character development and lush descriptions. But this time, it’s set against the exotic backdrop of the beautiful Egypt as we cruise down the River Nile with the always impressive Hercule Poirot.

Christie brilliantly draws you into this compelling and complex whodunnit with an unpredictable mystery and enigmatic set of characters. Although I suppose your enjoyment of this book will depend on whether you like Poirot or not, but I love him probably just as much as he loves himself.

“I like an audience, I must confess. I am vain, you see. I am puffed up with conceit. I like to say: ‘See how clever is Hercule Poirot!’”

He may be a little arrogant, but he has a certain charm about him, too. You know he’s going to pull something clever out of nowhere at the very end to reveal a truth that was right in front of you the whole time, but what I enjoyed so much about this story was that Christie hides the lies and secrets so well. They take you by surprise, but they never come across as unbelievable or impossible.

Everything is detailed and developed so incredibly well that it’s just about fitting together a puzzle that only Poirot can complete. And while the twists are impossible to see in plain sight, it’s still an easy mystery to follow and enjoy.

Nobody can write a murder mystery like Agatha Christie. Her books always become an instant favourite of mine, and this is certainly one of them.

Death On The Nile has recently been adapted into a film, due to be released in 2020, which you can watch the trailer for below: 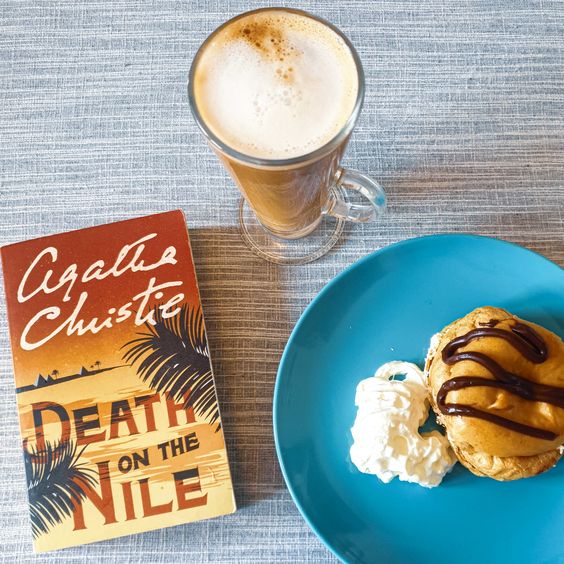