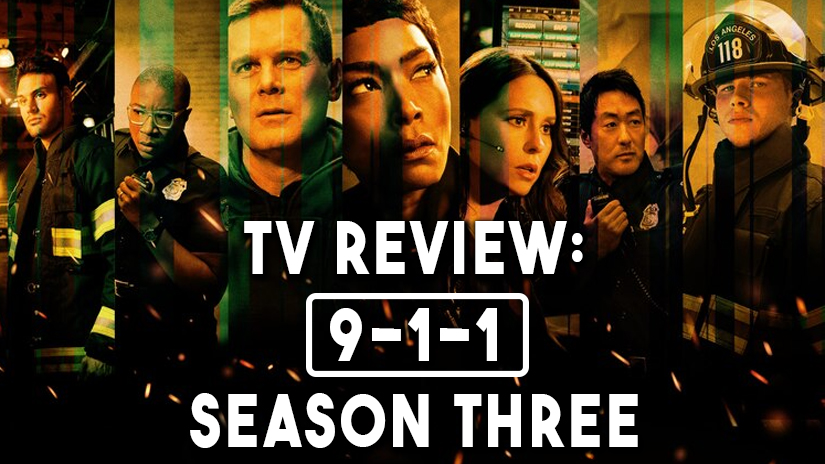 I randomly found this series when it first aired in 2018 and was instantly hooked. It has since become one of my favourite TV shows and I always look forward to what a new episode will bring. But with 28 episodes behind it, I wondered how they could keep up the excitement with a third series. Have they done it all? How will they top the events of the last season? The answer: a tsunami.

And that’s only the first two episodes. There is at least two more massive twists during the rest of the season, so I can unmistakably say that no, they have not done it all, and that yes, they will always be able to keep up by daring to do whatever it takes.

And let’s not forget the ensemble cast. Angela Bassett, Peter Krause, Oliver Stark, Ryan Guzman, Jennifer Love Hewitt, Kenneth Choi, and Aisha Hinds are all incredible. I have become so invested in their characters, and I love how we get to know them all individually at the same time.

While the season spans a huge timescale, looking at emergencies around both Halloween and Christmas, the relationships and subplots are never left behind. We still get to see into the lives of these characters outside of work, with so much personal drama keeping you emotionally connected at the same time as the medical emergencies themselves keeping things exciting.

The writers also take the time to explore the pasts of each character, with this season showing us how Athena got onto the force. This dedication to character development while keeping the focus on relevant issues and events is handled so well that it’s no wonder this series draws you in so deeply. It always goes above and beyond and impresses me more and more every season.

Every single episode makes me laugh my head off, cry uncontrollably, and wince in shock. I can’t wait for these guys to return, and I look forward to seeing how they’re going to top a tsunami! Although, the Corona Virus has certainly given them a start with that one…