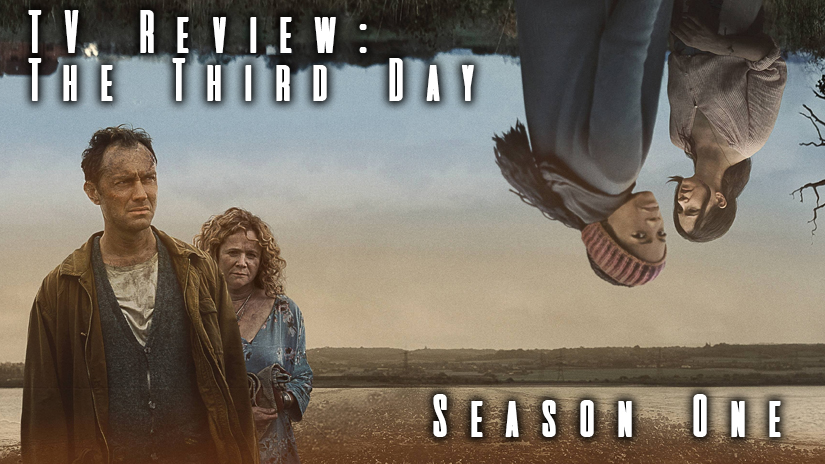 Created by Felix Barrett and Dennis Kelly and aired on Sky Atlantic in September 2020, The Third Day follows the individual journeys of a man and woman who arrive on a mysterious island off the English coast at different times, where they encounter a group of islanders set on preserving their traditions at any cost. Sam (Jude Law) arrives in the “Summer” after being mysteriously drawn to the island, and Helen (Naomie Harris) arrives in the “Winter” seeking answers.

The opening episode of The Third Day is an impressive example of folk-horror. The quality of this single episode alone is better than most TV I have watched this year. It grabbed my attention and chilled me to the bones, and there’s certainly a lot of intrigue that follows. But the atmosphere slowly died down after that, and what we’re left with felt a little confused.

This was obviously an ambitious project and I loved the experimental nature to it. The striking visuals were mesmerising but equally terrifying, ensuring that you remained fixated to the screen. But while the stories were ultimately tied together well, the second half just didn’t feel as daring.

Still, I always like to watch something that feels so unique and that puts its actors out of their comfort zones. Jude Law and Naomie Harris are both fantastic and it was their performances that kept me coming me back.