“It was so simple, but it was a revelation: what you did for yourself was what gave you the power.”

Originally published in 2019, The Institute by Stephen King sees Luke Ellis wake up in a room that looks just like his own. But there are no windows, and outside his door are other doors, behind which are other children with the special talents of telekinesis and telepathy – Kalisha, Nick, George, Iris, and Avery. They’re in The Institute. In this most sinister of institutions, the director, Mrs Sigsby, and her staff are ruthlessly dedicated to extracting from these children the force of their extranormal gifts. As each new victim disappears, Luke becomes more and more desperate to get out and get help. But no one has ever escaped from the Institute.

I was super excited to read my first Stephen King book this spooky season, but The Institute really wasn’t for me.

A young adult sci-fi, The Institute is definitely above par for a story in its genre. It has all the feels of Stranger Things with its quality development, unique concept and strong characters. There’s even an 80s vibe to it, although from the obvious popular culture references that are thrown in, that is certainly not the case.

There may be no monsters, but the evil here comes in the form of The Institute which has just as much of a dark, shadowing atmosphere to it. It’s a place of nightmares in that it’s too horrible to imagine that it could be real. But for this group of children, it is real, and the people who run it are so convinced of their good intentions that there’s no stopping them.

However, the premise just didn’t work for me. I get that the workers at The Institute had become complacent, but the plot heavily relied on this fact, that because they hadn’t had any issues so far that they didn’t believe in the possibility of something going wrong now.

I just found it all so unbelievable. There was no logic in it whatsoever, that an organisation had been running successfully for so many years and not be prepared for something like this to happen, for this not to have happened before, for children with TP and TK to not have outsmarted their captors before, for their powers to not constantly give them the upper hand. Everything that happened was because of The Institute’s naivety, which just didn’t stick with me.

The characters are well developed and I could picture every one of them vividly. I liked their attitudes and the group dynamic, but I still didn’t like any of them. They’re great characters and what they are put through is excruciating, yet I didn’t find anything compelling about them. They made the odd wisecrack which almost made my mouth turn into a smile, but I just didn’t feel any connection to them.

I don’t mind King’s trademark over-use of detail but it felt like it was all in the wrong places to me. The scenes that I wanted the most detail on felt fuzzy in my head whereas it took pages to detail scenes that had little impact. And then, of course, there are hundreds of pages where nothing happens at all. For a 480-page book, the plot is so thin that I really can’t believe how much time was wasted.

Another thing that really annoyed me was that the female support characters were given unnecessary background details regarding abuse or something to do with in-between their legs, when there were no background details given for the men. I’m not the first person to criticise King for his awful descriptions of women, but these unnecessary details really stood out to me and just made me like the male characters less.

I really wanted to like this book but I just got no joy from it whatsoever and it really upsets me to say that as I know a lot of people loved this book. Of course I will still go on to read more Stephen King books, but I just hope they impress me more than this one. 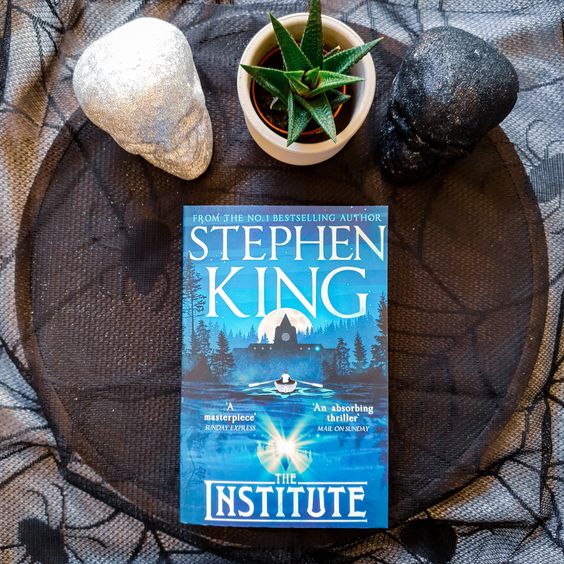 5 thoughts on “Book Review: The Institute by Stephen King”