“As if they could understand what she had been through. As if they knew what it was like to be strong and invincible one day and completely powerless the next.”

The second book in the Grant County series by Karin Slaughter and originally published in 2002, Kisscut sees Sara Linton – the town’s paediatrician and medical examiner – find herself entangled in a terrible tragedy when a teenage quarrel explodes into a deadly shoot-out. What seemed at first to be a horrific but individual catastrophe proves to have wider implications when the autopsy reveals evidence of long-term abuse. But when Sara and police chief Jeffrey Tolliver start to investigate, they are frustrated at every turn. Meanwhile, detective Lena Adams, still recovering from her sister’s death and her own brutal attack, finds herself drawn to a young man who might hold the answers. But unless Lena, Sara, and Jeffrey can solve this case, it’s going to happen again.

A dark and graphic crime drama that certainly isn’t for the fainthearted, Kisscut is another immersive thriller from my favourite crime writer which will leave you aching from the raw emotions and twisted plot.

For a second novel, Kisscut proves that Karin Slaughter has guts. It has to be one of her most disturbing books to date in terms of subject. I won’t go into what that is too much for those who haven’t read it yet (but there are a few slight spoilers as it’s difficult not to approach the wider subject), but I will just say that it’s something I regard as the worst thing a human can possibly do.

The subject hits hard and completely broke my heart, but I couldn’t think of a better author to use such a disturbing story so well. Slaughter doesn’t avoid giving gruesome details to merely create a distressing plot without any substance, but she knows the boundaries perfectly. There’s just enough detail to shock readers but not enough to come across as too much or as insensitive, as Slaughter takes the time to see the situation from various perspectives.

I think it’s incredibly brave for Slaughter to approach the subject at all, and while it’s the kind of crime that will feel like a punch in the gut to all readers, it’s important that she does because this happens and is happening all around the world. And as it does in Grant County, it can happen right in front of you without you having any idea because nothing is straight forward when it comes to a case like this one.

That’s what I loved so much about this instalment, as Slaughter goes on to explore the sometimes very narrow line between victim and perpetrator. Lena sees something in Mark because of their shared experience, despite their very different circumstances. There certainly isn’t any time for sympathy, but I think it’s important to discuss this Stockholm Syndrome effect of victims blurring the line between what’s right and wrong when they’ve been subjected to something so disgusting for so long.

With such a hard-hitting premise, it’s hard not to be emotionally invested in this story, especially when the characters that Slaughter has created are so well developed. And it is these characters who will help you through it. Despite all of their flaws, they all have so much compassion and I love every one of them.

As the second book in the Grant County series, Slaughter does a great job of making this work as a standalone while also brilliantly developing the story and relationships that carry on from Blindsighted. I was really eager to see how Lena would cope with the events of the first book and I think her trauma is handled so well. I also find it really interesting to see how Sara and Jeffrey’s relationship progresses as I’ve read a couple of the Will Trent books so I know what’s to come. I’ve only ever known Jeffrey as the ex-husband so I didn’t expect to see some romance re-blossoming. But now I’m just waiting for that big twist to hit which makes me excited but also very emotional.

Kisscut is another exceptionally written book and I can’t wait to see where Slaughter’s story goes next. But although it works as a standalone, I wouldn’t recommend this one to those who haven’t read any of her books before, and it definitely comes with some trigger warnings. Even as a fan of Slaughter’s, you’ll never be ready for the pain that this book will make you feel, but I come away from it with so much respect for her as an author.

Bring on A Faint Cold Fear! 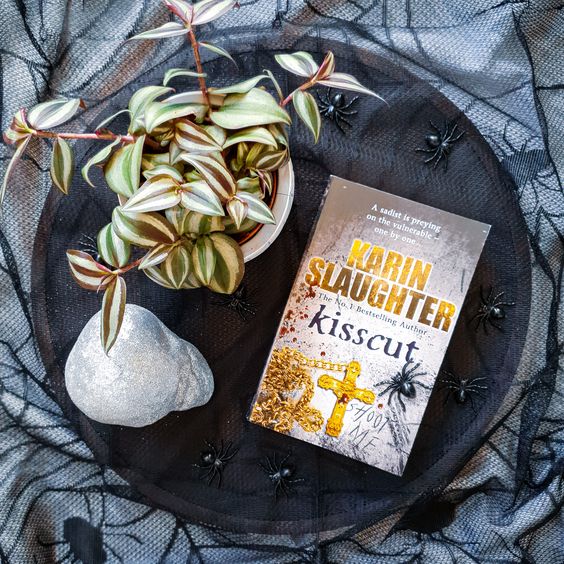