“Told well, a movie can serve as a warning of the dangers that serial killers and mass murderers pose to us all.”

Due to be published on 12th November, Serial Killers At The Movies: My Intimate Talks With Mass Murderers Who Became Stars Of The Big Screen is a non-fiction book by Christopher Berry-Dee that follows the depraved crimes of both real and imagined serial killers and mass murderers who have long transfixed us on the big screen. Films such as Silence of the Lambs, Psycho and Henry: Portrait of a Serial Killer have not only reached huge audiences, but also allowed us into the minds of society’s most disturbed individuals. Dee tells the stories of the mass murderers who provided the inspiration for some of cinema’s most shocking films, through far-ranging and disturbing interviews with the serial killers whose wicked stories have most thrilled and fascinated us at the movies.

If you’re a fan of true-crime, as so many of us are these days, you’ll no doubt be familiar with Christopher Berry-Dee’s name already. An investigative criminologist who has spent years studying and writing about serial killers, he is most well-known for his ‘Talking With Serial Killers‘ series of books and has explored all areas of a serial killer’s mind. Now, it’s time for him to go to the movies, as Dee looks at killers who have become stars of the big screen.

As a huge film fan and true-crime addict, I knew that Serial Killers At The Movies was going to be the perfect book for me so I had to read it as soon as I could. I love looking at how well a film tells a true story, so I was really interested to see Dee’s first-hand account of his conversations with the people behind the iconic characters in films such as The Texas Chainsaw Massacre, The Amityville Horror, The Silence Of The Lambs, and Seven. It’s a fascinating concept and one that I couldn’t wait to dive into.

Analysing both the film and the actions of the real-life serial killer, Dee provides so much fantastic insight as he explores these stories from a variety of angles. Not only does he look at the murderers who have inspired fictional films, he also considers how well biopics portray their real-life inspirations, and at how true [or sometimes fabricated] stories are used for our entertainment.

“One should never lose sight of the fact that behind every dramatisation of a real-life tragedy – however loosely the facts are presented – a real person, in an actual place, has met a truly terrible end.”

Dee does a brilliant job of looking at his subject on a broad scale, meaning that there is a wide variety of films and serial killers to support his discussion. But while I like this diversity, it does mean that not all of the chapters are as gripping as the gruesome murderer who inspired The Texas Chainsaw Massacre or the shocking truth behind The Amityville Horror and its 20 sequels.

However, Dee’s analysis did get me thinking about the importance of balancing a film’s entertainment value with the facts, as we can often forget the victim in these tragic circumstances when the focus is placed on the perpetrator. As Dee questions what it is about serial killers that appeals to us when seeking entertainment, he highlights the boundaries that are often overstepped and gives an in-depth narrative of what films should be doing when exploring real-life monsters, which I found very eye-opening as a film fan.

“I understand the nature of film and TV making is to provide entertainment. That’s not necessarily a bad thing if they actually help us all understand the impact of real-life homicide and the human stories behind the crimes.”

As someone who is familiar with most of the films that are explored, there is occasionally too much time spent on detailing some of their plots, but this will serve well for those who haven’t seen them. What it all comes down to, though, is Dee’s revelation of the truth. It’s annoying when films don’t tell the whole story, but sometimes the real details are a whole lot worse than any film would ever be able to get away with.

While I wouldn’t normally mention any proofreading comments when I receive an ARC because I know that it’s still going through the editorial process, I can’t know for sure what will be changed so I think it’s only fair to make a few additional comments about some of the negatives I found. I will, however, note that I think that my early release copy is still due to go through a big edit, so these comments shouldn’t affect your judgement too much.

As it was at my time of reading, not all of the chapters felt relevant and some of the stories needed to be linked together better. The book felt quite choppy in places, repetitive in others, and not all of the stories felt complete. It also felt like an advertisement to his other work at times, although these comments could just be references for Dee to expand on in a future edit. Nevertheless, it’s got me interested enough to go and check out his other books, so it certainly worked on me.

Like I said, I think my copy of this book is still due to be edited quite heavily at this stage, so I think the issues I found in the second-half are ones that will be resolved when it comes to being published next year. After another edit, this is definitely a book that I would recommend, and a must-read if you’re a fan of horror films. 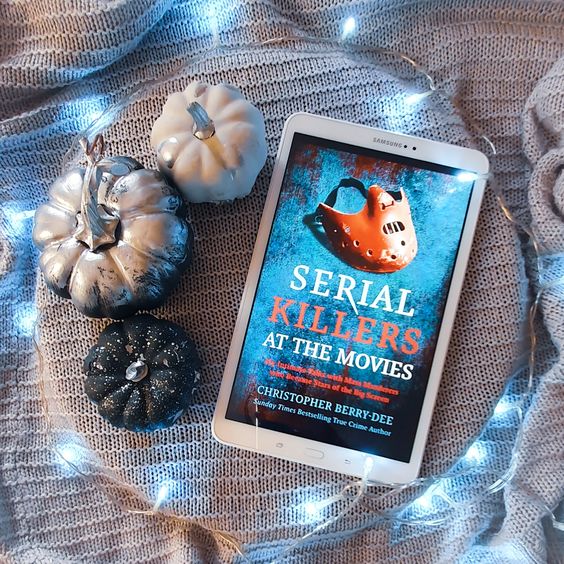