“This is an invitiation. My sister’s killer wants to play a game, so… game on.”

Set to be released on 11th November and written by Roger Stelljes, Silenced Girls follows FBI Special Agent Tori Hunter who returns to her hometown of Manchester, Minnesota for the first time in twenty years after receiving an anonymous letter. Tori moved far away to try and forget her past–the disappearance of her twin sister. Packing away the evidence to the unsolved crime, Tori sealed away this time in her life that she desperately wanted to go back and change. That was until a mysterious letter arrived from someone proclaiming to be her sister’s killer and admitting to acting again. Now, Tori must confront her own painful past, determined to help find another missing woman from Manchester Bay in hopes of it leading to answers about her sister. As she must question the motives of friends she thought she knew and trusted, the new case will plunge her and the other detectives into the crosshairs of a dangerous killer while in search of the truth.

A fast-paced investigation that keeps you guessing, Silenced Girls is a brilliant first instalment that I didn’t want to put down.

While some scenes are unnecessarily long and there are a few scenes that aren’t directly related to the main story which could have been cut down, I was completely gripped by the mystery and its characters. The sharp dialogue helps drive the plot and there are plenty of twists and turns to keep you invested. And although the plot makes you question everybody involved, I still had no idea who was going to be behind it all in the end.

The strongest quality of the book is the brilliant character development. I feel like I got to know every character quite closely and I especially warmed to Tori and Will. With a lot of detail given before and after the main investigation, as well, you feel completely wrapped up in their lives which really helps you to connect with them.

I even liked the romance that was building up. Usually, I think that romances in a first instalment feel cliche, predictable and downright boring. They don’t always have a place in police thrillers, but because I liked the characters so much, the romance worked and progressed at a good speed.

The only thing that annoyed me was that the characters were referred to by both their first names and surnames which sometimes confused me, but this was easy enough to overlook.

In the end, Stelljes pieces together his complex puzzle so well that I came away wanting more. I will definitely be back to find out what happens to FBI Special Agent Tori and to follow her next case. 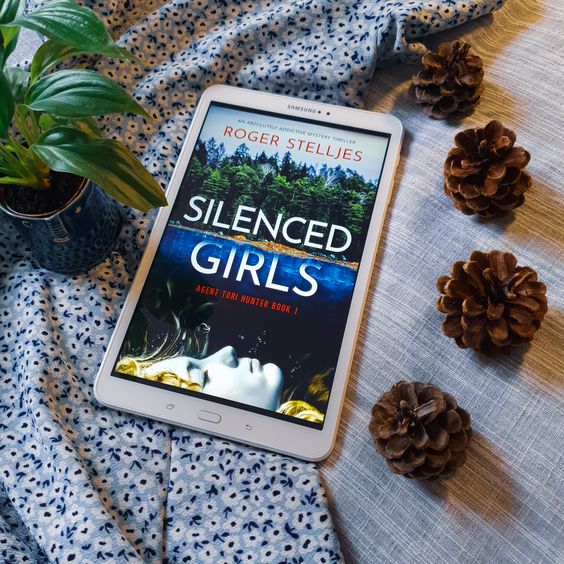