“If ever the hall was ready for the first move of a grand jeu, it’s now: midnight, silence, this geometry of light. Someone else would know hot to play, how to begin. But tonight, there is only the Rat.”

Set to be released on 12th November, The Betrayals by Bridget Collins is set at Montverre, an exclusive academy tucked away in the mountains where the best and brightest are trained for excellence in the grand jeu: an arcane and mysterious contest. Léo Martin was once a student there, but lost his passion for the grand jeu following a violent tragedy. Now he returns in disgrace, exiled to his old place of learning with his political career in tatters. Montverre has changed since he studied there, even allowing a woman, Claire Dryden, to serve in the grand jeu’s highest office of Magister Ludi. When Léo first sees Claire he senses an odd connection with her, though he’s sure they have never met before. Both Léo and Claire have built their lives on lies. And as the legendary Midsummer Game, the climax of the year, draws closer, secrets are whispering in the walls…

The Betrayals is an imaginative and spell-binding fantasy that’s driven by intriguing relationships and compelling emotions, but a blurry narrative that leaves too much up to your own interpretation.

With a book like this, it’s all about the emotion you feel while taking the journey. Bridget Collins’ descriptive narrative will either leave you floating through it as you indulge in the elegance of her words, or you may become overwhelmed with the fantastical elements and somewhat lose your way.

For me, it was the latter. While I ended up loving the characters and how the story came together in the end, I was so lost in the setting that I found it difficult to get into. Set around a mysterious game called the grand jeu, I had absolutely no idea what this was. An art form that is part music and mathematics and part philosophy and history, the grand jeu is the country’s national game. So you can get some idea of what it’s supposed to be, but the description is so vague that I couldn’t understand its purpose, so I was often left frustrated with not knowing how to visualise the story in my head.

There are some dystopian elements to the setting with a focus on politics and the government’s influence which I was interested in, but I couldn’t understand exactly what was going on outside of the academy, either. And then there’s a subplot told through a third narrative that doesn’t link into the story until the very end, which became something else that hazed my understanding of it.

While Collins is undeniably a beautiful writer, the premise was far too ambiguous for me. There was just too much that got in my way of enjoying this story completely that I couldn’t appreciate the finer qualities. Whenever I started to enjoy it, something else would drift in and interrupt my focus. Still, you become engrossed by a desire to know how the multiple narratives are going to weave together, and the impressive twists certainly succeed in pulling you into the story, eventually.

If I could have made better sense of the setting and concepts, the stories of Leo, Carfax, and Claire would have really captivated me. Part of me is pining to know what will happen to them next, so I would still be interested in a sequel if Collins were to write one. 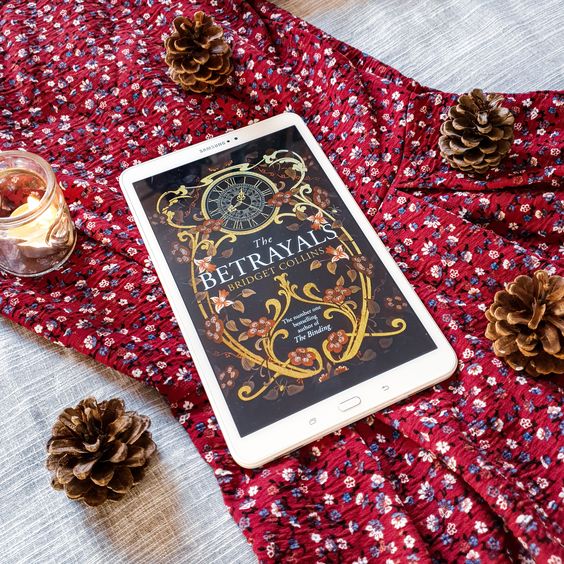