“Everyone’s welcome. But not everyone leaves…”

Due to be released on 10th December, The Open House by Sam Carrington follows Amber Miller who, after separating from her husband, Nick, is trying to sell their family home. But despite the desirable location, the house isn’t moving. Not a single viewing so far. When their estate agent suggests an open house event, Amber agrees, even though she’s worried about their gossiping neighbours attending and snooping around their home. But Amber has more to worry about than nosy neighbours, because thirteen people enter her house that afternoon, and only twelve leave.

The Open House has an intriguing premise that will make you want to check under your bed for intruders before you turn the lights out, and enough suspense that you’ll devour it in one sitting.

Told from the point of view of three characters – Amber, her ex mother in law, and a mystery guest – the characters and relationships are well-established and the premise is executed effectively. I wasn’t particularly blown away by it, but there certainly wasn’t anything I disliked about it, either. It’s easy to read, quick to get through, and effortless to enjoy in its simplicity.

Because it is such a quick read, the story works. If the book were longer or the pace slower, I would have been eager for more to happen as the narrative itself is quite repetitive. Although it is set over a week or so, it feels like it happens in a single day so you can forgive it for being quite stunted in its developments. As it goes over the same points of Amber’s worries and her questioning over who to trust, you read at the pace of her unravelling thoughts and therefore get dragged into her narrowed mindset.

I did predict one of the twists and think that it felt quite basic in places, but I also enjoyed how the final revelations felt so genuine and driven by human emotions. However, it does go one step too far. The final event is shrugged off as if it were an acceptable reaction for these characters who seemed to give it no second thought, so this particular scene didn’t have the same believability to it as the rest of the twists. But had it stopped one step shorter, I would have come away quite satisfied.

The Open House may not have had me gasping in shock, but Sam Carrington knows how to instil a sense of fear in very real situations, and I’ll be sure to check out more of her writing after reading this one. 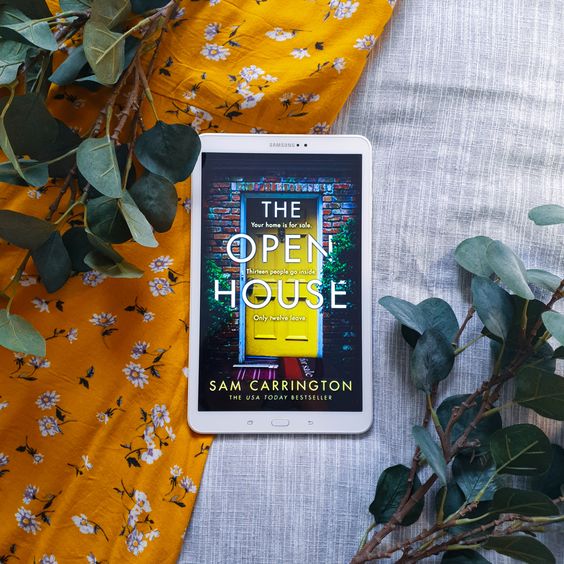 2 thoughts on “Book Review: The Open House by Sam Carrington”