Set to be released on 21st January 2021, The Island sees CL Taylor welcome you to The Island – a secluded paradise in Thailand, where your worst fears are about to come true. It was supposed to be the perfect holiday: a week-long trip for six teenage friends on a remote tropical island. But when their guide dies of a stroke leaving them stranded, the trip of a lifetime quickly turns into a nightmare. Someone on the island knows each of the group’s worst fears. And one by one, they’re coming true. Who will make it off the island alive?

I’m a big fan of CL Taylor so I would have been excited for any new release by her. But when I saw that she was venturing into the young adult genre, I knew that I needed to read this straight away.

One of my favourite things about Taylor’s books is that she always describes her settings brilliantly. And that’s no exception here. Taylor sets up her story exceptionally well, enticing you with the island’s beauty but slowly building up threats to begin stepping up the pace.

As the island plays a dark game with its characters, there’s a sinisterly fun feel to it. What these characters are faced with isn’t an enjoyable experience, of course, but it’s an entertaining read that keeps your heart rate high.

Because of the story’s premise, I went into this book thinking that there was going to be an element of fantasy to it with the island playing on the guests’ fears, so I expected there to be a far-out explanation that took me on an exhilarating journey but that made little sense all the same. However, The Island is much more true-to-life than I was expecting and manages to explore some very personal themes along the way.

With such an addictive story, Taylor lures you in even more with likeable characters who are well-developed and relationships that are believable. It is obviously much lighter than her other books as it’s intended for a younger audience, but it’s still full to the brim with suspense and broaches some heavy themes that relate to its audience perfectly. While her target audience may be younger this time around, Taylor acknowledges that they still have to face some big issues that aren’t easy to deal with, exploring themes of trauma, grief, depression, and mental illness that will be sure to connect with it readers and open up some meaningful discussions.

The only aspect of the story that I didn’t particularly like was the use of two points of view – using a first-person narrative through Jessie and a third-person narrative through Danny. But, at the same time, I liked having Jessie’s personal narrative while Danny’s allowed for extra insight. The only reason I didn’t get on with this was because I felt that Danny’s chapters also needed more of a personal touch at times, so this narrative structure restricted his observations slightly.

Aside from that, The Island is a riveting page-turner that comes together brilliantly. Taylor successfully throws in many misdirections and will be sure to keep you guessing. Most of all, you’ll come away feeling close to the characters and hopeful that they can move on from the torment of The Island. 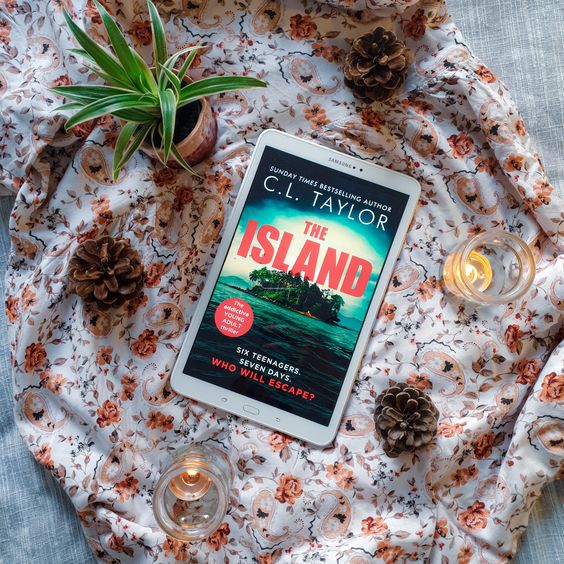