Set to be released next month, The Last Resort by Susi Holliday follows seven strangers who are invited to an all-expenses-paid retreat on a private island, a mysterious offer that sounds too good to refuse. Once there, the strangers are told that they’re here to test a brand-new product for Timeo Technologies. But the guests’ excitement soon turns to terror when the real reason for their summons becomes clear. Each guest has a guilty secret. And when they’re all forced to wear a memory-tracking device that reveals their dark and shameful deeds to their fellow guests, there’s no hiding from the past. This is no luxury retreat–it’s a trap they can’t get out of.

This is my Amazon First Reads selection for November 2020.

The Last Resort is an entertaining and modern mystery that’s incredibly well written and full of suspense. But while I enjoyed the journey there, I was let down by the hasty ending.

Although you think this is going to be an Agatha Christie-type mystery with the island setting and amount of overflowing secrets, you quickly realise that it’s not as straightforward as that. Instead, The Last Resort is very contemporary with a focus on developing technologies and many references to pop culture.

It’s certainly a futuristic thriller, but the ideas are well thought out and described and never feel too extreme. I also really like the psychological elements. All of the characters are flawed and have something that they need to admit to, so there’s always something to look forward to happening.

With two narratives running alongside each other, the main story centring on the seven characters on the island and the second being set twenty years prior, it was difficult to see how the stories would link together at first. It took me a while to really understand what was going in the subplot, but this also heightened my intrigue to find out how the stories would come together.

However, I was let down by the ending. After my excitement built and built and I was finding myself on the edge of my seat, eager to find out what was really going on as the islanders reached the big house, the revelations felt very underwhelming. The way that the story ends doesn’t allow for much character arc, either. It’s not that I didn’t like the answers, but I just wanted more detail, history, and emotion.

I’ve read many bad reviews for this book but it really doesn’t deserve such harsh comments. I agree that the idea is better than the outcome and that there’s some lost potential, but Susi Holliday is a great writer, her ideas are original, and there’s a lot of fun to be had along the way. 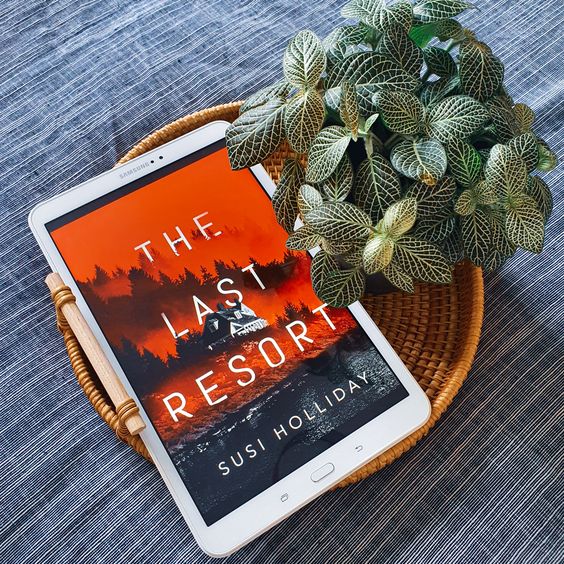