“People can act badly when they don’t know how to react to something. That’s true for everyone, but men in particular can very quickly find themselves in places they don’t want to be.”

Set to be released on 21st January 2021, The Survivors by Jane Harper is set in Evelyn Bay, a small coastal community in Tasmania, and sees Kieran Elliott returns to his home town with his young family. Twelve years ago, his life changed forever when a reckless mistake led to devastating consequences, resulting in the death of his brother, Finn. Now, the guilt that still haunts him and his parents are struggling in a town where fortunes are forged by the sea. Then when a body is discovered on the beach, long-held secrets threaten to emerge. A sunken wreck, a missing girl, and questions that have never washed away…

A complex mystery and atmospheric drama, The Survivors is a magnificently written book that lures you in with stunning imagery, warm characters, and a crime that you want to solve for the sake of the characters it is affecting the most.

Harper describes the setting beautifully, so much so that it almost felt alive. I could hear the rush of waves and feel the sand in my toes, and now I’m eager to escape to somewhere hot with blue seas, but hopefully less drama. Because I felt the setting so authentically, this was a book that I wanted to stay with. I looked forward to picking it back up again and felt so comfortable with the characters that I was sad to turn the final page.

The intriguing mystery is brilliantly written and weaved delicately into the story. It wasn’t too heavy, although it was cleverly intricate, and the character-driven narrative kept me constantly engaged. I questioned many characters and theories, all of which are discussed as some point in the narrative, but I did not question the person it turned out to be. The mystery aspect of the book is a slow-burner, but the book doesn’t feel the weight of the slow pace. Instead, you take your time to piece things together with the characters and hope that they can all find peace in uncovering the answers.

This is the first book that I have read by Jane Harper but I already have intentions to read another of hers soon. I can see her quickly become a new favourite author of mine. 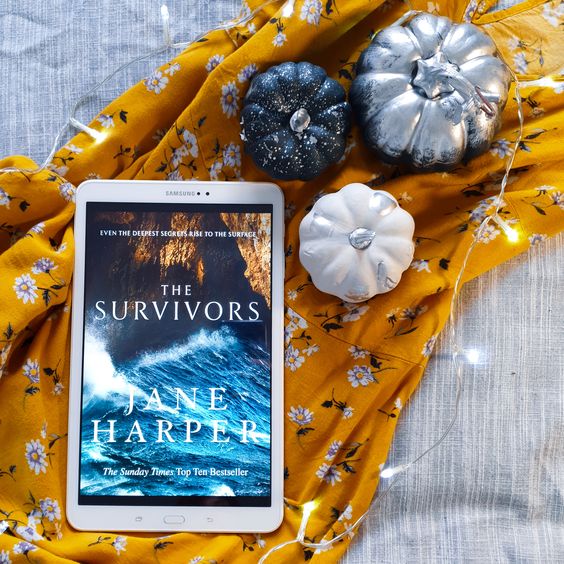