Set to be released on 13th May 2021, The Players by Darren O’Sullivan follows a stranger called The Host who forces innocent people to play their game. In it, one person can live and the other must die. This is a game where nobody wins… What would you do? Would you be killed, or be a killer?

Fast-paced and adrenaline-pumping, The Players is an immensely entertaining book that has all the sinister feels of a horror film but with an emotional motive right at its core.

The synopsis alone is enough to entice you with this book. It’s dark and disturbing but also a lot of fun to try and figure out. With such an action-packed premise, it is obviously quite an intense thriller with fast developments, acts of brutality, and shocking twists, but it doesn’t fall short on character development, either. It’s even quite compelling at times as you warm to the supportive relationships that grow.

It’s also a premise that gets you thinking: What would you do? Would you surrender everything to save somebody else? Or would you refuse to believe what you are being told to do? But because you get so invested in the story, there are a few things that I thought went in an odd direction. That’s only because I would act differently in these circumstances, though. Or so I think I would, anyway. As the book narrates, how could you possibly know until you’re faced with such a horrible decision for real?

The only thing I was left wanting more of was an emotional reaction at the end. It was obvious throughout that The Host was playing this game because they had faced a tragedy in their own life, so I wanted them to express this despair when their identity was finally revealed. Instead, the ending is wrapped up quite rapidly. Although I wasn’t disappointed, it just missed that final punch for me to really love it.

Still, The Players is undoubtedly a book that everybody will be talking about soon, and it certainly deserves the attention that it’s going to get. I’m definitely interested to see what else Darren O’Sullivan has written and would love to see a future adaptation of this book, too. 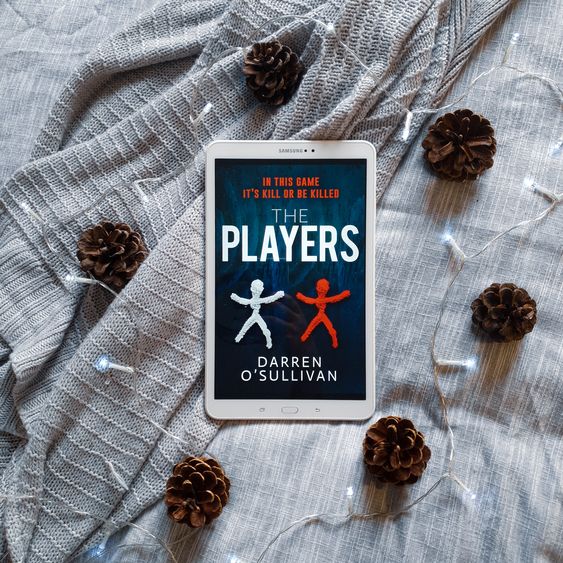