Published in 2017, What Alice Forgot by Liane Moriarty follows 29-year-old, newly engaged to the wonderful Nick and pregnant with her first baby. But that was ten years ago. When Alice slips in her step-aerobics class and hits her head, she wakes up to find that she has lost a decade’s worth of memories. Now she’s a grown-up, a bossy mother of three and in the middle of a nasty divorce. Just how many mistakes can you make in a decade? Can she ever get back to the woman she used to be?

Although I have four Liane Moriarty books on my shelf, this is the first one of her books that I have read. And now, I can’t wait to read the others.

What Alice Forgot is heartwarming, heartwrenching, funny, and engaging. I laughed and I cried, and now that I have finished the book, I miss having Alice’s narration in my head.

I absolutely loved her humour. Alice doesn’t know how seriously to take her situation. In her head, she’s ten years younger. Her jokes of being in a “custard-y” battle and the disappointment in her saggy boobs made me laugh out loud, but then the desperation in her will to remember what went so wrong in her life tugged at my heartstrings at the same time. Her story really gets you thinking about not only your current situation, but where you think you’ll be in ten year’s time.

Growing up is hard. Marriage is hard. Motherhood is hard. Even if they come easily to you, they change you in ways that you don’t expect them to. You plan to be a good parent who does everything by the book and to raise children who don’t answer back and eat everything on their plate, and you hope to be a good partner who holds it together and has the energy to get things done without complaint. But that isn’t realistic, and no matter how good you are at being a mother or wife, life gives you too much to balance. You succumb to the messy bun, the last-minute rushes and half-arsed efforts, and find yourself going slightly loopy from the lack of adult conversation in a hectic world where you realise there’s very little you can actually control.

Moriarty explores Alice’s story brilliantly, making you want Alice to win Nick back and for them to go back to how they were, so young and in love, but also feeling the sting of the gradual realisation that life changes everybody. Elizabeth’s story is also handled excellently, giving a sensitive but honest look at infertility and the contrasting viewpoints of somebody going through it and somebody commenting from the outside.

The three different narratives (Alice’s first-hand perspective, Elizabeth’s diary entries to her psychiatrist, and their grandmother’s blog entries) work really well, too, seeing things predominantly from Alice’s point of view with her lack of memory, but also getting hints at the truth through those around her to keep you intrigued and guessing what’s happened.

This book really gripped me emotionally and has made me reflect on my own life and relationships, so it is certainly a story that’s going to stick with me. I can’t wait to read more from Liane Moriarty, too, which I will definitely be doing soon. 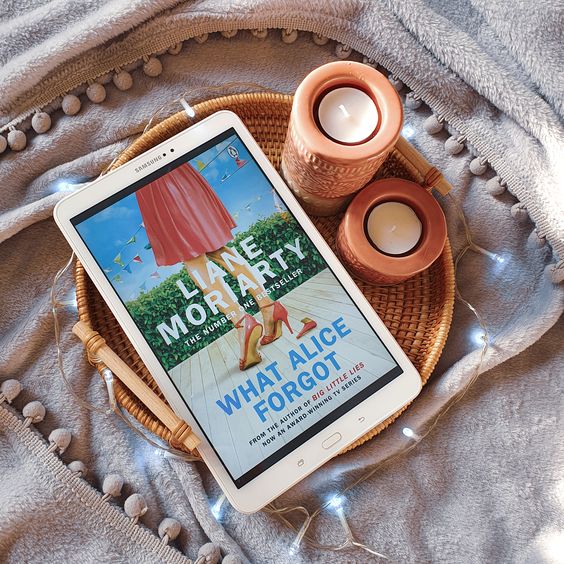