“Beginnings and endings are all right, but it’s what happens in between that really counts, isn’t it?”

The Christmas Wish List by Heidi Swain was published in 2010 and follows Hattie who, after being let go from her job in a swanky hotel just weeks before Christmas, is feeling a little lost. When her high-flying boyfriend announces that he’s landed his dream job in Abu Dhabi and asks her to move with him, Hattie doesn’t know if up-ending her whole life is the right thing to do.

Luckily, her long-time friend Dolly is on hand to help. Dolly invites her to spend one last holiday in Dolly’s small, festive town of Wynbridge. Determined to give her a Christmas to remember, Dolly suggests they create a wish list of all the things the season can offer. But Hattie’s Christmas cheer has long since run out, so it’ll take more than mince pies and mistletoe to open her heart to the season once more. With the helpful hands of Wynbridge’s resident handyman, Beamish, Hattie finds her frosty exterior starting to thaw, as Wynbridge prepares for its most spectacular Christmas yet.

Celebrating so much of what we love about Christmas time – catching up with friends, mince pies by the fire, treks in the snow, festive markets and gingerbread baking – there’s so much to enjoy about this cosy seasonal read.

With a beautifully described picturesque setting and a host of well-developed characters, The Christmas Wish List is an easy story to warm to. You can feel the log fire warming your toes and smell the aromas of the mulled wine brewing, and the tight-knit town of Wynbridge feels like a lovely place to be. However, I’m a little torn with this book.

Some spoilers to follow, so if you haven’t read the book yet, stop reading here.

I get that Christmas stories mean that serious topics don’t need to be explored in-depth and that it’s enough to say that someone had a troubled past for us to get excited about a swift and fantastical happily-ever-after. But because Swain takes the step further to broach the subject of domestic abuse and gaslighting, it’s not quite so easy to shrug off as a vague unhappiness that some Christmas magic can cure.

So the balance felt a little off with this one, for me. If Hattie’s boyfriend was just an unlikeable character, then I would have been all for this storyline and the way that it developed. Yet I couldn’t avoid the fact that the story made it seem like domestic abuse was something that could easily be escaped from, and that all it took was for Beamish to flex his muscles for that to be the end of it.

And since Hattie was such a vulnerable character, I didn’t think that it was right for Dolly to have mapped out so much of her life for her. Is it really okay for someone who has unknowingly been manipulated for so many years to then be pushed into another relationship without any time to make an actual decision for herself? I don’t want to have to think about a Christmas book in this much depth, but that’s what I’ve been left with here.

All I needed was for Dolly to actually broach the subject with Hattie, for everyone not to be so vague about what was happening and for the characters to open up an actual discussion around the difficulties of escaping a relationship like that. Then, I would have found the Christmas cheer in it all, and I would have applauded Dolly for giving her friend the chance to escape rather than merely orchestrating a new life for her.

I wanted this review to be just me talking about how much I liked Beamish, Hattie, and Dolly because I really did. But I can’t avoid something that I thought more people would have been a little uncomfortable with? Maybe I’m just in a critical mood. And I don’t mean to take anything away from Heidi Swain’s efforts as this is a lovely book that I know a lot of people will enjoy. I just needed a better balance regarding the topic of abuse for me to love the light-heartedness of it all without that slight feeling of unease. 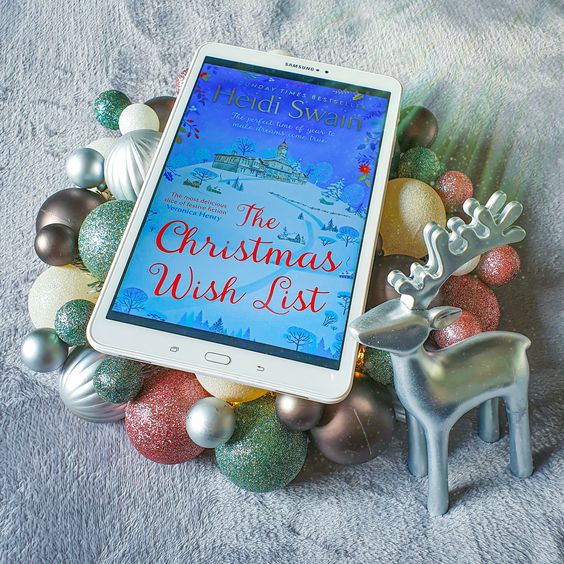