“Life is change. If nothing’s changing, you aren’t living.”

Sophie Cousens‘ 2020 new-year romance This Time Next Year follows down-to-earth baker Minnie Cooper and well-to-do Quinn Hamilton. They were both born on New Year’s Day at the same hospital, with Quinn being born minutes earlier to win the cash prize for being the first baby born in London in 1990. Because Minnie’s birthdays have always been unlucky since, she believes that it’s down to Quinn. So when they coincidentally meet on their thirtieth birthdays, Minnie sees only more evidence that fortune has continued to favour him. The handsome, charming business owner truly seems to have it all – including the perfect girlfriend. But if Quinn and Minnie are from different worlds, why do they keep bumping into each other? And why is it that each frustrating interaction somehow seems to leave them both hoping for more?

This Time Next Year may be a little cliche and predictable with its generic concept of boy-meets-girl because of a bizarre situation and realise they are fated to be together, but that’s a trait I can easily forgive in a seasonal read.

This was the perfect book to start the new year. I wanted a romance about destiny and hopes for the following year and this book certainly filled that gap nicely. I don’t particularly believe in fate, but I do think things happen for a reason so I loved the message of “If nothing’s changing, you aren’t living.”

Although I thought that some of the dialogue felt a bit childish for two thirty-year-olds in places, there were so many lines that made me laugh out loud and that’s what I will take away from this book the most. This is one of my favourites:

Oh god, how had this suddenly got so weird? She’d stayed for a glass for wine, and now they were engaged in some kind of sexy fruit-themed role play.

I enjoyed all of the friendships and supporting characters, and the romance between the two main characters felt believable and is developed well. But this book is definitely more than just a fluffy rom-com as there’s a lot of substance to the story, too.

However, I did want more of a focus on the relationship between Minnie and her mother and to find out why she was so full of resentment and was keeping things a secret from Minnie. As it was, I feel like Minnie put up with a lot of negativity from her mother and that there was given no justification for this, so I just wanted to know her attitude suddenly changed.

Other than that, This Time Next Year was a great book to start off 2021 with. The Author’s Note at the end of the book has a lovely sentimental touch, too, which ended the book perfectly for me:

“P.S. This book was written in a pre-COVID world. The 2020 of Minnie and Quinn’s world now exists only in some parallel universe. Whatever the year ahead might bring for us all, let’s keep reading. Books free us from isolation. Stories unite us. We’ve all had to play in one-player mode for a while—but we’re all still in this game together.” 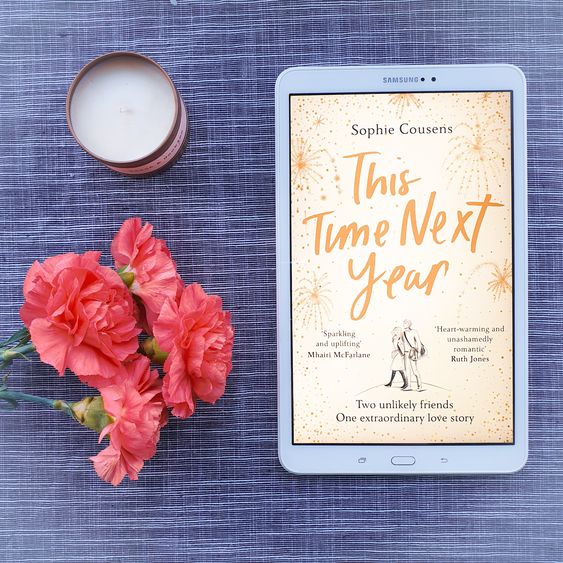