“A sleeping woman watched over by the stranger who had hidden for hours in the shadowed bay of her bedroom curtains. That’s all there was to the scene. He was a spider, patient and unmoving, poised to drop and stun his prey. There was no malice to it. Only need.”

Set to be released on 4th February, The Shadow Man by Helen Fields follows Forensic Psychologist Connie Woodwine and Detective Brodie Baarda as they try to find a kidnapper lurking the streets of Edinburgh who is collecting his victims. But he doesn’t keep them safe. Elspeth, Meggy and Xavier are locked in a flat. They don’t know where they are, and they don’t know why they’re there. They only know that the shadow man has taken them, and he won’t let them go. Desperate to escape, the three of them must find a way out of their living hell, even if it means uncovering a very dark truth. Because the shadow man isn’t a nightmare. He’s all too real. And he’s watching.

A chilling and gruesome crime thriller that is brilliantly developed and full of interesting characters, The Shadow Man is sure to be a standout thriller of 2021.

I love a crime story with a main character who is a Forensic Psychologist, as that means that we’re really going to get into the dark and twisted mind of the killer. And the shadow man is certainly one of the weirdest and disturbed killers you will have read about. But Connie also sympathises, so it’s great to know the shadow man for more than just his actions. You get to know him as in-depth as you do the other characters, but that doesn’t mean that you’ll be able to see what’s coming.

We get to see the story from all points of view – the kidnapper, the police, and the captors – which helps to keep the momentum going with constant developments and revelations. It’s like a constant nightmare as the situation gets worse and worse, which all builds up to a heart-stopping finale.

Connie and Baarda have a great chemistry and they work together brilliantly to ensure that the plot progresses quickly. I love that Connie is both brains and brawn while Baarda is more of the [eye-catching] support. Her medical knowledge allows for some really interesting details about mental illnesses and the support system, making this a hard-hitting but completely engrossing read.

If you like a thriller on the dark side, this is definitely a book you need to pick up! I hope we get to see more of Connie and Baarda, too, but I will certainly be reading more by Helen Fields either way. 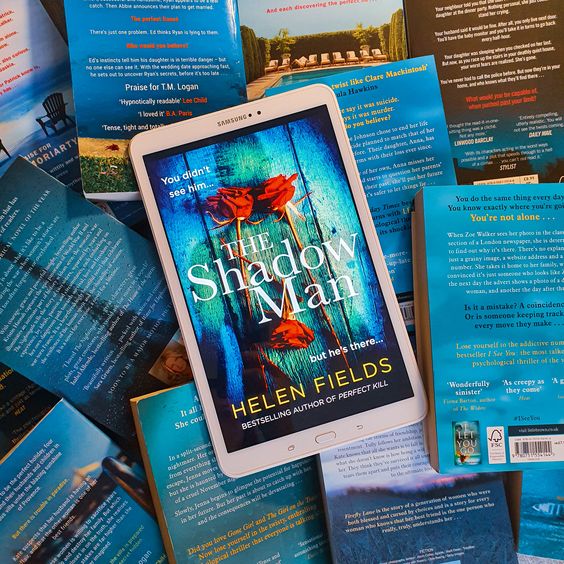