“When you’re in love, you’ll forgive almost anything. It’s a trait that I’ve carried with me into adult life, unfortunately. I always fall in love with people who hate me.”

The 2019 book by Lisa Jewell, The Family Upstairs follows Libby Jones who, soon after her twenty-fifth birthday, returns home from work to find the letter she’s been waiting for her entire life. She rips it open with one driving thought: I am finally going to know who I am. She soon learns not only the identity of her birth parents, but that she’s also the sole inheritor of their abandoned mansion on the banks of the Thames in London’s fashionable Chelsea neighbourhood. Everything in Libby’s life is about to change. But what she can’t possibly know is that others have been waiting for this day as well, and she is on a collision course to meet them.

I’ve had this on my high priority list for a long time, and it’s been recommended to me by so many people that I made sure to fit it in last month. But sometimes the excitement around a book can ruin your own experience of it, and I think I would have enjoyed this a whole lot more if it hadn’t been so hyped up.

It doesn’t help that I was to told that the story was about a **** (I won’t spoil that for anyone who hasn’t read it). So because I knew about that main concept, I was always waiting for it to get darker. The potential for this book to be disturbing was certainly well-rooted, but it didn’t grow into anything substantial for me and only bordered on the edge of gripping my full attention.

What I love about Lisa Jewell’s writing is that she creates a dark atmosphere through her characters and their motives rather than through actions, slowly seeping in evil through their evolution. It’s what makes her books have so much of an impact, for me, feeling very personal and genuine rather than shocking through any absurd plot developments.

But while most of the characters in this book are undeniably messed up, I don’t think that the story lives up to their mindsets. There are certainly a few good twists along the way and plenty of situations that I wouldn’t want to find myself in, but I needed it to go further and to understand the characters better. This time around, there wasn’t a single character that I liked. They all felt too unconvincing, so I couldn’t get invested in their progression or outcome.

Told through three points of views and in two different timelines, I found the story easy to follow but it was too much of a slow-burn in the beginning. So much time was spent setting up the story in both the past and present that it wasn’t until around three-quarters of the way through that it started to get interesting.

There’s also a lot that I found unplausible and unnecessary. The whole set up at the beginning didn’t make any sense to me. While I could have forgiven that as a good excuse to get things moving, there’s so much more that distracted from the main story. Everything in France, the journalist, and Libby’s time spent at work was too much of a distraction, when more time could have been spend on describing the haunted setting of the house to make it feel more atmospheric.

In the end, this one just didn’t have an effect on me. I couldn’t engage with the characters and the story wasn’t uncomortable enough to leave me shuddering with fear or repulsion, which is what I wanted to come away from it feeling. I enjoy Lisa Jewell’s writing and plan to read two more of her books in February, but The Family Upstairs isn’t one that I will come back to. 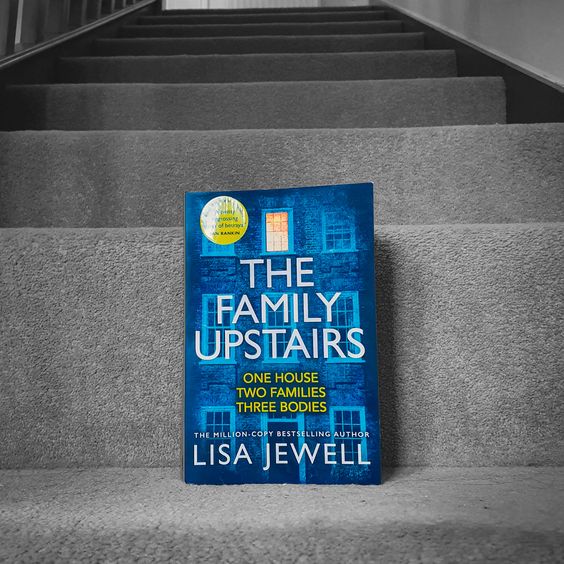