“In the remote forests of Stillwater, you can scream for days and no one will hear you.”

The first book in Stacy Green‘s Nikki Hunt series, The Girls In The Snow follows Special Agent Nikki Hunt who returns to her hometown of Stillwater, Minnesota for the first time in twenty years, when the bodies of two fifteen-year-old girls are discovered frozen in the snow. Nikki is sure the killer is local: someone knew where to hide them and thought they’d never be found. But when Nikki arrives at the Sheriff’s office, she’s confronted by protesters eager to see the man in prison for the murder of her parents freed. With new evidence that could clear his name, Mark has appealed his conviction. His brother, Rory, begs Nikki to take a look at what they’ve found. Nikki knows she must focus on the killer at large, but Rory makes her wonder if she put her trust in the right people all those years ago. Are Madison and Kaylee’s deaths connected to her parents’ murders? And can she face up to her past before another life is taken?

When you’re a fan of detective thrillers, you see this concept a lot: a character is forced to return home to investigate a case where they are confronted with a past that they ran away from. So a story like this needs a few things to keep me interested. It needs engaging characters, relationships I want to see develop more, an interesting crime that grabs my attention, and a shocking twist that links past and present.

The Girls In The Snow has most of that. Nikki is a strong protagonist and there’s a lot of intrigue regarding how events in her past will link to the present. The story is well-written and moves at a good pace, and it will have you questioning a number of people to keep you on your toes. However, I wasn’t completely gripped. Nikki makes some questionable decisions, the supporting characters aren’t developed enough, and there’s a romance subplot which didn’t completely work for me.

Still, there’s a lot that I enjoyed about it. I especially love the inclusion of the Innocence Project as they appeal the conviction of the man in prison for murdering Nikki’s parents. This instantly puts some doubts in your mind, as you know the Innocence Project only pick up a case if they truly believe that the person has been wrongly convicted. So straight away you know that somebody has been lying to Nikki and hiding the truth from her, which really gets your thoughts racing.

With Nikki being a criminal profiler, as well, this is the perfect book for true-crime fans. There’s a serial killer at large who may or may not be involved, and a case from Nikki’s past that needs re-examining if the wrong person really has been convicted. Whether they are the same killer or not, whoever is involved is local, so there’s a lot of suspicion flying around.

There are some loose ends that we’re left with, but it’s obvious that these will carry on to the next book and I’m definitely eager to get to know these characters better. I’m on the book tour for the next in the series, One Perfect Grave, later this month, so keep an eye out for my review then. 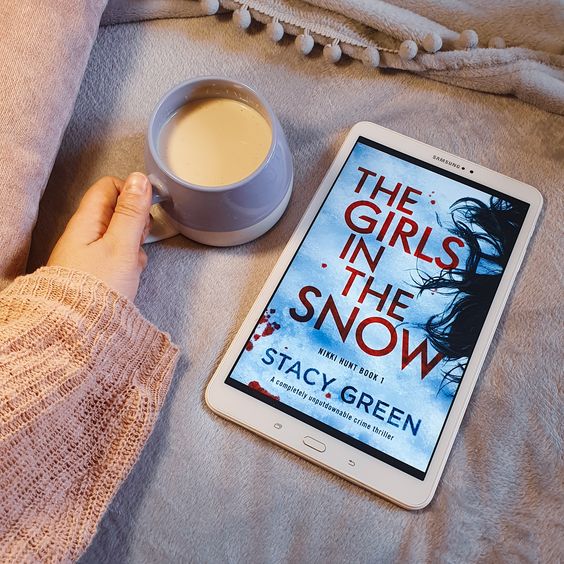