“Imitation is the sincerest form of flattery.”

Due to be published on 18th February, The Jigsaw Man by Nadine Matheson follows DI Angelica Henley who is tasked with finding a killer when body parts are found on the banks of the River Thames in Deptford. Echoings of a previous crime lead Henley to question Peter Olivier, aka The Jigsaw Killer, who is currently serving a life sentence for a series of horrific murders. When a severed head is delivered to Henley’s home, she realises that the copycat is taking a personal interest in her and that the victims have not been chosen at random.

With gruesome murders and an unpredictable serial killer, The Jigsaw Man is a fast-paced crime thriller that takes you on a twisted journey led by exceptional police procedure.

As a debut novel, Nadine Matheson proves that she is a talented writer. The writing is sharp, the plot is expertly paced, the characters are brilliantly developed with rich backstories and the details of the police procedure are well researched. There’s certainly a lot to compliment. If it were a little more concise, this would have been one of my favourites this year.

Ultimately a story of two detectives chasing a serial killer, the concept manages to take an original approach with a story and set of characters that are sure to stick in your head. Most of all, the descriptions of murder are gory and bold which is just how I like my thrillers, so I have to applaud Matheson for daring to go there.

What I liked most about this book is that there is a diverse range of characters which is still too often missing in fictional crime units. Encompassing various ethnicities and backgrounds, Matheson reflects well on her setting. She obviously knows the area well, as you really feel like you’re on the streets of Deptford alongside these characters who each have a unique personality that you will engage with.

My only issue with this book is that there is a lot of back story that takes up too much time. It’s a hard balance to strike as readers are always eager to get to know the characters in-depth both inside and outside of work, but the story occasionally feels a little dragged out so it is these scenes that feel the least relevant.

If it were a little shorter, The Jigsaw Man would have been an intense thriller hard to put down, but it doesn’t quite grip you so possessively. I thought I was ready to hate the ending, too, as it ends on a bit of an ultimatum, but the final line sealed it for me so it just about gets away with it.

Despite feeling little too long in length, there’s a lot to love about this book and it is definitely one that I will be recommending. 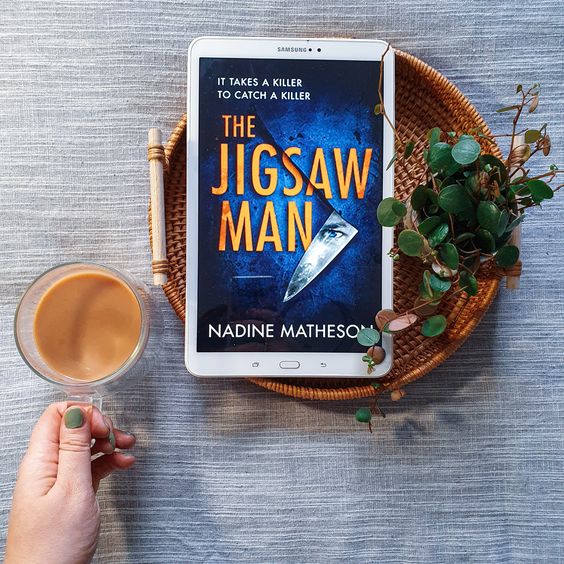