The second instalment in Ellery Kane‘s Rockwell And Decker series, Her Perfect Bones picks up in Fog Harbor, California, with Detective Will Decker and Criminal Psychologist Olivia Rockwell when the body of a young girl is found in a barrel. Her body is curled up like a shell and almost completely buried in sand, with only her fingertips reaching helplessly out of the top towards an escape she will never find. The local police are at a loss, until Olivia recognizes the ragdoll in one of the girl’s last photographs. She used to own one just like it, and it can only mean one thing: if she doesn’t dig deep into the mind of a deadly killer from her past — her own father — more innocent lives will be in danger.

Today is my stop on the blog tour for this book. Thank you to Bookouture and NetGalley for a free advance copy of this book in exchange for an honest review.

An action-packed thriller, Her Perfect Bones has a gripping opening and fast-paced plot. With short chapters told through the multiple perspectives, the development and writing both improve with this second instalment, focusing on the gritty crime and exciting thrills of the investigation.

The first book ended with some loose ends which I was hoping would get tied up, but the book begins with a new crime and only mentions the previous story briefly to give some context. This means that it works as a standalone book so that you don’t need any knowledge of the first to enjoy it. The relationships are easy to get to grips with so it’s straightforward to follow, but there are some recurring annoyances that I was hoping would have been left behind.

There was a lot I liked about the first instalment, Watch Her Vanish, but my main annoyance regarded Will and Olivia’s childish quips between each other in an attempt to disguise their sexual tension. I was hoping that since they had broken the ice, the pig-tail pulling would stop. But Will and Olivia’s relationship hasn’t moved passed the stage of snide comments while secretly daydreaming about each other, instead of admitting that they actually respect each other’s input.

Fortunately, they were much more relatable this time around as the author gives them much fuller personalities rather than relying on stereotypical traits so I enjoyed their company a lot more. And the Dr Smarty Pants and Mr Wise Guy nicknames are nowhere to be found, so I got into the story much more easily.

However, while the main story is full of twists and links well with the subplot of Olivia’s past, I feel like this subplot gets left behind towards the end. So while there’s a lot that I feel improves from the first instalment, I was still left wanting to know more. Kane has definitely enhanced her characters and setting, though, so it definitely feels like a step up for me. 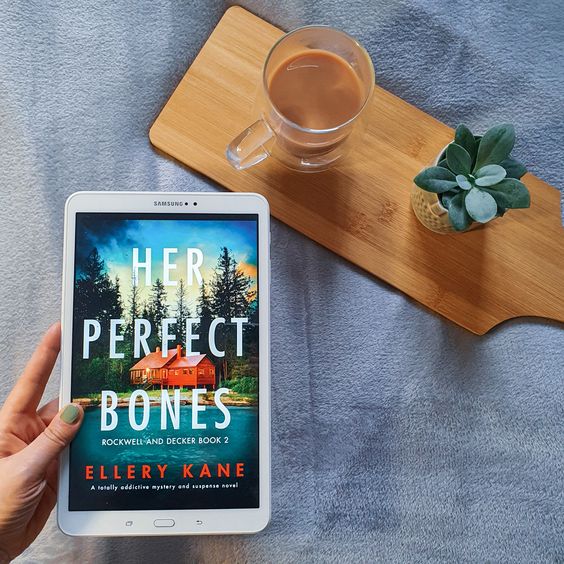 The girl’s body is curled up like a shell and almost completely buried in sand. Only her fingertips can be seen, reaching helplessly up towards an escape she will never find…

Seventeen-year-old Shelby Mayfield sits alone on a bus to Fog Harbor, California. Aside from a few items of clothing, all she has with her is twenty-two dollars, the ragdoll she’s kept since kindergarten, and the devastating secret she’s been hiding.

How long will it be before her family realizes she’s gone?

Can anyone see the fresh bruise on her cheek beneath the makeup?

When a girl’s body is found hidden in a barrel in a woodland cabin, the local police are at a loss. The film from an old camera found looped around her neck is their only lead, but Criminal Psychologist Olivia Rockwell’s blood turns to ice when she recognizes the ragdoll in one of the girl’s last photographs. She used to own one just like it, and it can only mean one thing: if she doesn’t dig deep into the mind of a deadly killer from her past—her own father—more innocent lives will be in danger…

A totally gripping and utterly addictive crime thriller for readers who love Lisa Regan, Kendra Elliot and Melinda Leigh. But be warned: you’ll be sleeping with the lights on after you’ve raced through the pages in one sitting!

Forensic psychologist by day, author by night, Ellery Kane has been writing professionally and creatively for as long as she can remember. Real-life really is stranger than fiction, so Ellery’s writing is often inspired by her day job. Before writing the Rockwell and Decker series with Bookouture, Ellery published the Legacy series for young adult readers and the Doctors of Darkness series of psychological thrillers. She was previously selected as one of ten semi-finalists in the MasterClass James Patterson Co-Author Competition. A Texan at heart, Ellery currently resides in the San Francisco Bay Area.

Find out more at: https://twitter.com/ElleryKane