The 2018 book by Taylor Jenkins Reid, The Seven Husbands of Evelyn Hugo follows ageing and reclusive Hollywood movie icon Evelyn Hugo who is finally ready to tell the truth about her glamorous and scandalous life. When she chooses unknown magazine reporter Monique Grant for the job, no one in the journalism community is more astounded than Monique herself. Why her? Why now? Monique is not exactly on top of the world. Her husband, David, has left her, and her career has stagnated. Regardless of why Evelyn has chosen her to write her biography, Monique is determined to use this opportunity to jumpstart her career.

Summoned to Evelyn’s Upper East Side apartment, Monique listens as Evelyn unfurls her story: from making her way to Los Angeles in the 1950s to her decision to leave show business in the late 80s, and, of course, the seven husbands along the way. As Evelyn’s life unfolds — revealing a ruthless ambition, an unexpected friendship, and a great forbidden love — Monique begins to feel a very real connection to the actress. But as Evelyn’s story catches up with the present, it becomes clear that her life intersects with Monique’s own in tragic and irreversible ways.

The Seven Husbands of Evelyn Hugo is a book that I have seen so many amazing reviews for over the past year but one that I knew very little about. Of course, I had to get my hands on a copy, especially when the reviews revealed that it was a bit of a tear-jerker which is always something that intrigues me.

And while there was a lot of hype around this book, I had no idea how the story was going to play out so I had no expectations of how I was going to feel about it. At first, I couldn’t see why this was so many people’s favourite book. It’s well written and engaging, for sure. But what was all of the fuss about? It wasn’t until the final 80 pages or so that it hit me.

It’s such a personal and emotive story that captivates you with its enthralling exploration of the best and worst in all of us – our ambitions, desires, and love for others, but also of our betrayals, deceits, and insecurities.

“Don’t ignore half of me so you can fit me into a box. Don’t do that.”

Evelyn is such a wonderful character. She’s the first to admit that she has faults, but she understands that there are more important things to worry about than somebody else’s opinion. It’s hard not to respect her strength in character, despite some inexcusable actions that she wastes no time in regretting. And just like her fans, you can’t help but be drawn in by her attractiveness. I certainly found myself daydreaming about her and, to be honest, I still am.

Most of all, I loved the behind the scenes glimpse into Hollywood. It’s an eye-opening story that’s easy to mistake as a memoir as Evelyn feels so genuine and real. Obviously she has been influenced by many old Hollywood starlets. But although this is a story of fiction, it reads just as in-depth as a biography. Evelyn reminded me of stars such as Marilyn Monroe and Elizabeth Taylor, iconic actresses who we adored, but who we now realise we only got to see a staged side to as we begin to uncover the pressures they were placed under.

“You do not know how fast you have been running, how hard you have been working, how truly exhausted you are, until somewhat stands behind you and says, “It’s OK, you can fall down now. I’ll catch you.”

Taylor Jenkins Reid uses Evelyn’s story to discuss so many different issues including domestic abuse, alcohol abuse, homosexuality, race, mental health, and the use [and abuse] of sexuality as a weapon, all the while reflecting brilliantly on the changing of times during this era. As much as we hope things are different now, and of course we have come a long way in regards to our openness about our many diversities, there is still so much that celebrities have to hide about themselves in fear of scrutiny and judgement, more so now when it’s almost impossible for them to escape the public eye.

And although you spend the whole book knowing that Evelyn has chosen Monique for a reason and that there must be some link between them, and despite the fact that I was looking for signs the whole time, I never guessed the little twist towards the end. The way the story comes together is what really grabbed my attention, feeling like the final piece in the puzzle to see Evelyn for who she really is.

Everybody told me that I was going to love The Seven Husbands of Evelyn Hugo, but it still took me by surprise. There’s so much to adore about this story, so if you’ve had it on your TBR for longer than necessary like I had, make sure you prioritise this one soon! 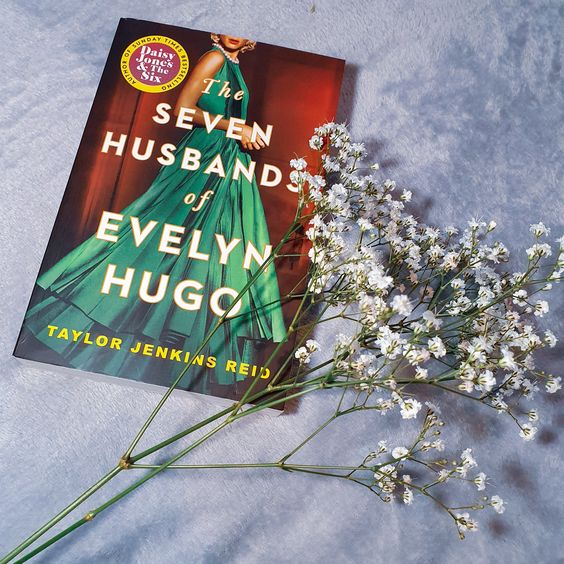