“I move from my hiding place in the shadows. I stride out, towards the man, towards danger, my actions my own but my fate left wide open.”

The 2020 book by Lisa Jewell, Invisible Girl follows a group of people whose lives intersect when a young woman disappears. The Fours, headed by mom Cate, a physiotherapist, dad Roan, a child psychologist, and their two teenage children have recently moved into the area; Owen, who lives across the road, has just been suspended from work after accusations of sexual misconduct; and young Saffyre Maddox who spent three years as a patient of Roan has now disappeared is feeling abandoned now that her therapy has ended. The Fours have a bad feeling about their neighbour, Owen, as he’s a bit creepy and there has been a surge in attacks in the area. Their lives collide when one Valentine’s night, Saffyre disappears. The last person to see her? Owen. But is there more to the story?

Lisa Jewell’s books seem to be a bit hit and miss with me at the minute. I loved Then She Was Gone and The House We Grew Up In, but was somewhat underwhelmed by The Family Upstairs. So I was eager to see how I would feel about her latest, Invisible Girl.

Sadly, I found this one rather boring. The story did keep my attention but I kept waiting for it to go somewhere, so the final few chapters let me down as it began to run out of steam.

I’m finding that my love or dislike of a Lisa Jewell book all comes down to how I feel about the characters. I love how she uses them to explore the more troubling emotions that we are sometimes faced with such as mental health struggles, jealousy, disappointment, resentment, fear, and generally just trying to understand one’s self and our personal desires. And while I sometimes feel an emotional connection to her character’s struggles, I don’t always feel like they redeem themselves.

With Invisible Girl, I only warmed to one character which was Owen. I think the way his story was explored, seeing it from his point of view, was done brilliantly, as we’re made to question whether we can trust him or if we choose to go along with the crowd and assume the worst. I think it’s incredibly important to treat people as innocent until proven guilty, so I kept my mind open for him which allowed me to feel sympathetic towards his situation.

As for the rest of the characters, however, I just didn’t feel anything towards them. I like that everybody had their part to play in the events but I wanted to be surprised by something. If I don’t love a character or relate to them, I want it to go in the completely opposite direction and for me to hate them for something. But nothing really happens.

There’s still a lot that I really like about this book, mostly the way Owen’s story is handled and the concept of bringing a group of characters together with a single event. But it never got intriguing or mysterious or dark, for me. I feel like everything happened at quite a slow pace and there wasn’t anything that hooked my interest. Part of me loves that Jewell finds darkness in everyday people and situations to make her stories feel believable, but this one just felt too underwhelming.

However, this in no way reflects my opinions of Jewell as an author as I love what she does with her stories and characters. But not every story can work for every reader, so this one was just a miss for me. I’m still looking forward to reading another book by her soon. 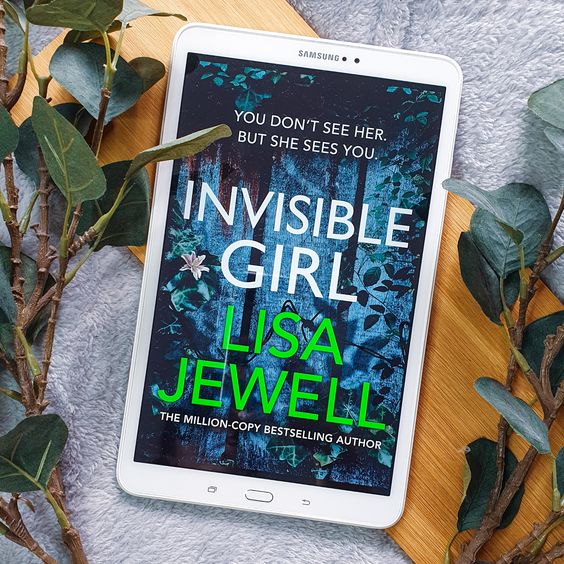