Set to be released on 4th March, Hunted by Alex Knight follows San Francisco police officer Jake Ellis who is woken early by banging on the door. It’s a young girl, the daughter of his girlfriend. She’s scared, covered in blood, and says that her mother is hurt. Jake lets her in to try and find out what’s happened when his phone lights up with an Amber alert. It says that a child has been abducted by a dangerous suspect. The suspect? Him.

As soon as I read the synopsis, I knew that this was a book that I wanted to read. High-octane and action-packed, Hunted is the definition of an adrenaline-pumping thriller.

Incredibly fast-paced and entertaining, Alex Knight makes you feel like you’re on the run with his characters with no time to stop and catch your breath. With a captivating opening, it’s easy to read in one sitting and be thoroughly entertained by the chase.

It’s one of those stories where you plead with the character to stay put and confess because you know that going on the run is going to end badly, so you’re constantly on the edge of your seat hoping that Jake and Molly aren’t going to get caught.

It loses a little momentum in the middle which is my only negative, but it’s well constructed, the characters are easy to engage with, and the final chapters give a satisfying conclusion.

This is a great debut by Alex Knight and I will certainly be keeping an eye out for his future releases. I wouldn’t be surprised if we saw more from these characters, either, which I would definitely be interested in. 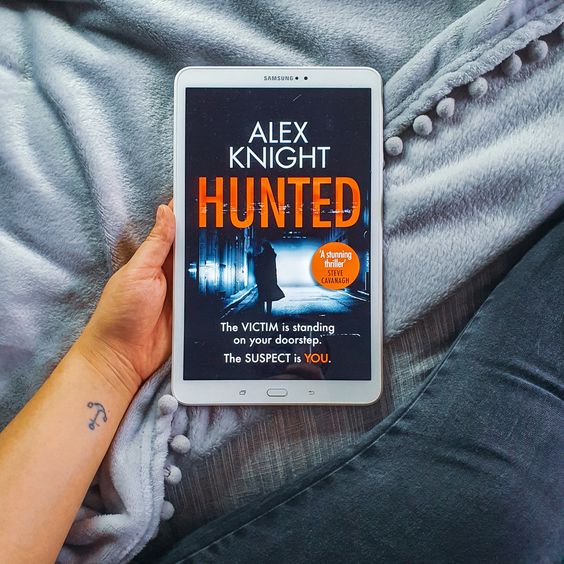