Set to be released on 4th March, The Imposter by Marin Montgomery follows successful attorney Sibley Sawyer who appears to have a perfect life. But when her personal and professional lives implode, she realises that it’s time to reunite with her estranged mother, Deborah, and bury their past tensions. But as she reenters the life she left behind, she realizes her mother isn’t the same person she remembers. And she’s not the same daughter, either. As both women struggle to piece together a tangled web of deceit and lies, and the shocking circumstances that caused Sibley to leave in the first place, it becomes clear there are secrets rooted deeper than either mother or daughter could ever have imagined.

The Imposter was a bit of a rollercoaster experience for me. I found the start difficult to get into, the middle full of suspense, but the ending a little overwhelming.

The first few chapters were a bit of a trudge to get through. At first, the narratives felt disconnected as we are introduced to two different characters whose connection is unclear. With the story jumping from one character to another without knowing what’s really going on, I felt like I had started a new story and didn’t know where it was going. Neither character is likeable, either, so it took a while for me to get invested.

Told through two points of views – mother and daughter Deborah and Sibley – both narrators are unreliable so you can’t trust anything that you’re reading. I didn’t mind this at first at it was interesting to try and figure out who was being misled, but it gets a bit much by the end as you don’t know if what you’re reading is true or imagined.

Both characters also have frequent gaps in their memories so the narrative feels quite fragmented at times, almost as if it’s in fast-forward. So you can’t get a clear picture of what’s going on, often feeling like you’ve accidentally missed a sentence or two and having to skip back to check. When the answers arrive, this all starts to make sense, but it just means that it’s a difficult journey getting there.

The middle, however, is full of twists and suspense which really gripped my attention. It’s obvious that there’s something sinister going on – Is Sibley an imposter? Is Deborah really ill? Or is somebody else pulling the strings? The sense of an unseen presence haunts every page and the syndromes that are discussed are really interesting. But then the ending has so much going on that it’s difficult to appreciate the conclusions.

I’m so torn by this book as there’s a lot that I like about it and the concept is very interesting. When everything comes together, the twists are shocking and the turns are well-developed, but so much happens at once that it ends up feeling too far-fetched and doesn’t have the desired effect.

The Imposter undoubtedly has many good qualities, but unfortunately they get overshadowed by a fragmented narrative and characters that are difficult to engage with. This could have been a gripping and dark psychological thriller, but the potential got lost in the fog of distractions for me. There was just too much that prevented me from enjoying it fully. 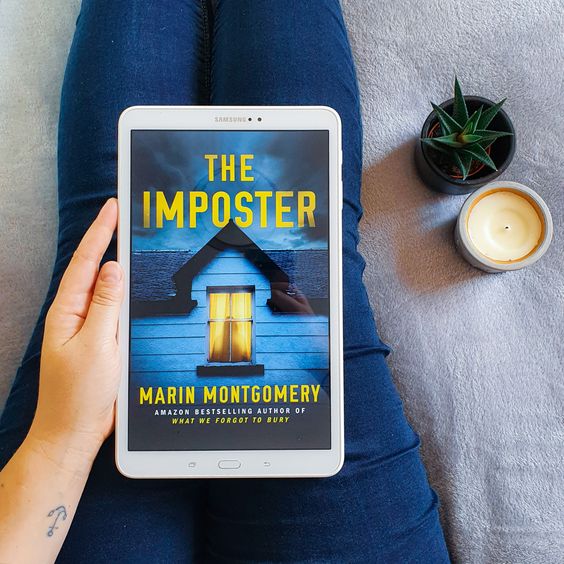