“Hope lasts only so long, can carry you only so far. It’s both a blessing and a curse. Sometimes it’s all you have. It keeps you going when there’s nothing else to hold on to. But hope can also be terrible. It keeps you wanting, waiting, wishing for something that might never happen. It’s like a glass wall between where you are and where you want to be. You can see the life you want, but you can’t have it. You’re a fish in a bowl.”

Little Secrets by Jennifer Hillier follows Marin Machado who used to have it all. Until her world fell apart when her son Sebastian is kidnapped. A year later, Marin is a shadow of herself. The FBI search has gone cold. The publicity has faded. She and her husband rarely speak. With her sanity ebbing, Marin hires a private investigator to pick up where the police left off. But instead of finding Sebastian, she learns that Derek is having an affair with a much younger woman. This discovery sparks Marin back to life. She’s lost her son; she’s not about to lose her husband. Derek’s mistress is an enemy with a face, which means this is a problem Marin can fix. Permanently.

Today is my stop on the blog tour for this book. Thank you to TLC Tours and Corvus for a free advance copy of this book in exchange for an honest review.

TLC Tours have also kindly given me a copy of this book to giveaway. Check out my Instagram page to enter.

Little Secrets had me hooked from the very beginning. A riveting and heart-wrenching page-turner, this is an expertly-paced and tension-fuelled thriller that’s difficult to put down.

The concept of a child going missing is heartbreaking enough. But Hillier does an absolutely fantastic job of describing Marin’s grief and to explore the daily struggles that she has to go through. From the awkward questions and distant friends to the constant reminders and distressing group therapy, I felt the ache of her pain.

The narrative is split between the two main female characters – Marin and her husband’s mistress, Kenzie. Every character feels self-destructive, untrustworthy and unpredictable, but each has something that draws you to them, an edge that makes you feel compelled despite their ugly traits.

Although some of the plot points are a little far-fetched, every movement feels justified. Of course this is not how every person is going to react to a tragedy like this, but you really begin to understand the pressures that Marin is under and why she was led in this direction.

Hillier is a brilliant writer and handles every element of this story flawlessly. It’s filled with emotion but the thriller-side of the story is gritty and shocking. I was gripped throughout and didn’t predict the ending at all.

I really enjoyed this one, and can’t wait to read more of Hillier’s books now! 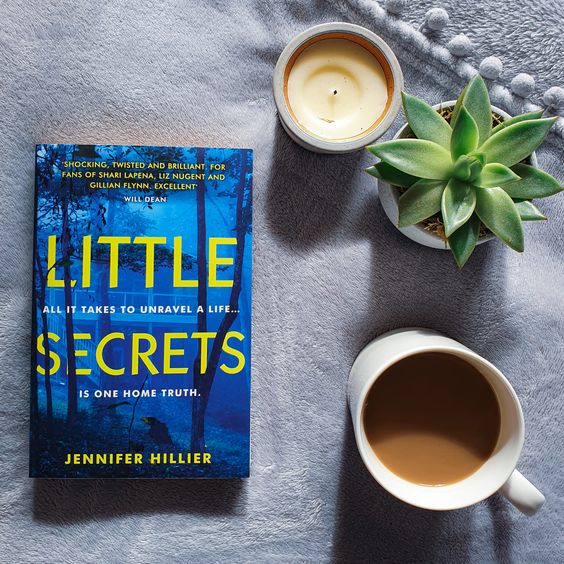 All it takes to unravel a life… is one home truth.

Marin used to have it all. A gorgeous husband, a great job, a growing family. Until her world fell apart the day her young son disappeared…

A year later, the search has gone cold. With her sanity ebbing, Marin hires a private investigator to pick up where the police left off.

But instead of finding Sebastian, she learns that her husband is having an affair. Furious, Marin sparks back to life. She’s lost her son; she’s not about to lose her husband. This enemy has a face, which means it’s a problem Marin can fix. Permanently.

‘You don’t just read this book; you inhale it.’ Mary Kubica

Jennifer Hillier was born and raised in Canada, but spent eight years living in the Seattle area of the United States, which is where all her books are set. Now back in Canada permanently, she lives with her husband and son just outside Toronto. She is the author of four previous thrillers, including Creep.