“It was like that bit in Beauty and the Beast when the Beast dances with Belle. Except there was no Belle. And no music. And no candlelight. Just a beast.”

Published in 2017, S.T.A.G.S. by MA Bennett follows Greer MacDonald during the autumn term of sixth form at the exclusive St. Aidan The Great boarding school, known to its privileged pupils as STAGS. Just when she despairs of making friends, Greer receives a mysterious invitation with three words embossed upon on it: huntin’ shootin’ fishin’. The invitation is to spend the half-term weekend at the country manor of Henry de Warlencourt, the most popular and wealthy boy at STAGS. But when Greer joins the other chosen few at the ancient and sprawling Longcross Hall, she realises that, with Henry’s parents not at home, the students are at the mercy of their capricious host.

A young adult thriller, S.T.A.G.S. is an easy book to enjoy but is also full of shock and suspense. It’s clever and creative, taking influence from other examples in its genre to create an exciting premise that’s layered with mystery.

With a synopsis that intrigues you from that start, Greer puts you on the spot straight away to question what she’s gone through. She tells you that something bad happened on her weekend away and even mentions who is involved. From then on, you have to fit the pieces together yourself to find out how things ended so badly.

As a young adult book, I didn’t know how dark it was going to get. But that’s what I enjoyed so much about the first few chapters, as I began to question just how far it was going to go. Is it just a misunderstanding that Greer has overexaggerated? Or will it be at the complete opposite end of the spectrum and end with cults and satanic practises?

Greer is a very easy character to engage with and is incredibly accessible to younger audiences. She’s a bit of an outcast, but she knows how to stand up for herself. And so what if she’s slightly tempted by the most handsome boy in school? Henry and his lifestyle have luring qualities, so I can understand that. But what it all comes down to is how she’s going to act when it comes to her turn, so I’ll leave that for you to find out to see whether she redeems herself or not.

Most of all, I love the constant references to pop culture, as Greer often refers her situation to her favourite films and books. This really makes you feel like you’re Greer’s trusted companion, sat cross-legged on her bed as she retells her story to you in secret. Not only that, but you also get a sense that Greer is using these references to remember and make sense of her own experience, one that she probably didn’t expect to happen outside of a storybook. 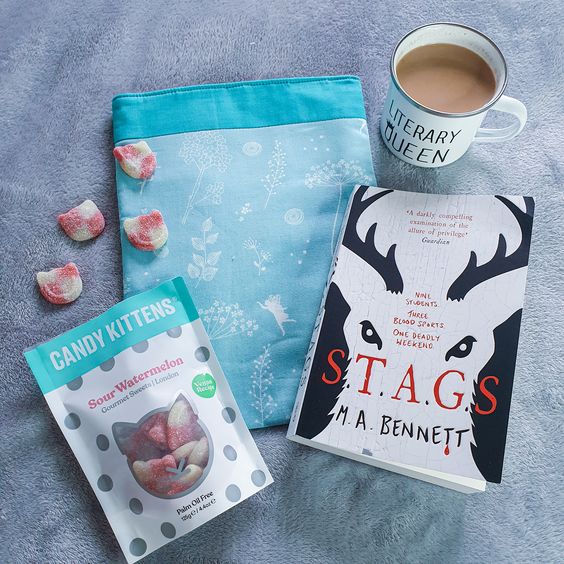