“There are at least two sides to every story; yours and mine, ours and theirs, his and hers.”

Published in 2020, His & Hers by Alice Feeney follows newsreader Anna Andrews who is taken back to her hometown of Blackdown village to cover a case when a woman is murdered. Her ex-husband, DCI Jack Harper, is investigating the murder and soon becomes suspicious of her involvement, especially when two more murders follow that appear to have a link. But when Jack becomes a suspect himself, there’s no telling what the killer’s next move will be. If there are two sides to every story, someone is always lying, and some secrets are worth killing to keep.

Disturbingly chilling and frighteningly dark, His & Hers certainly isn’t a thriller for the faint-hearted. But if you like a premise led by self-destructive and twisted characters with messy pasts, this is sure to get under your nails.

Told through three narratives – Him, Her, and a mysterious third person – it’s undoubtedly a book that will keep you on your toes. This third narrative could be Him, it could be Her, or it could be someone else entirely. I loved this cleverly-conceived narrative as you never know how much involvement Anna or Jack has in the case, so you are constantly looking out for holes in their stories or some kind of evidence to hold on to.

I really didn’t know where it was going to go. I thought I had it sussed out early on because it felt like it was obvious who the third narrative was, but I also fully expected to be completely wrong. And completely wrong, I was.

Just when you start thinking you know what’s going on, the twists begin to roll in and take you completely by surprise. The plot certainly quickens in the final chapters, as His & Hers takes you round and round on an out-of-control ride that feels like it’s never going to let up.

I had so much fun reading this and trying to figure out which character was deceiving me. I certainly look forward to reading more by Alice Feeney now.

Jessica Chastain snatched up the TV rights to the book last year so if she has anything to do with the adaptation, I’m already really looking forward to it. 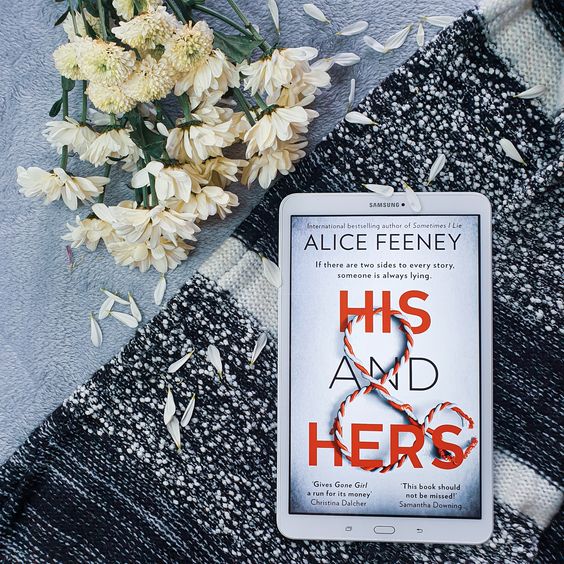