“There were good memories here too. Moments that, looking back on them objectively, had been filled with light. The problem was that what happened later cast such a shadow they were hard to see.”

Originally published in 2020, The Shadow Friend by Alex North follows lecturer Paul who has never forgiven himself for his part in what happened twenty-five years ago. During their school years, Paul’s friend Charlie Crabtree brutally killed their classmate – and then vanished without a trace. Paul hasn’t been back home since. But when his elderly mother has a fall, it’s finally time for him to stop running. It’s not long before things start to go wrong, though. His mother claims there’s someone in the house, and Paul soon realises someone is following him, too. And, in a town many miles away, a copycat killer has struck. Which makes him wonder – what really happened to Charlie the day of the murder? And can anyone stop it from happening again?

Thank you to Tandem Collective and Alex North for inviting me to join in the readalong for this book and for a free copy in exchange for an honest review.

Dark and creepy and verging on horror with its supernatural qualities, The Shadow Friend is everything I love about its genre. With all the feels of a true-crime documentary, it’s a mysterious and sinister read with a chill that gets into your bones.

Heavy with the atmosphere of the dark woods and the figure that lurks there, the fear of Red Hands haunts you throughout. You can feel the weight of the shadows and the feeling of somebody watching you from afar, as Paul goes on to tell you his story in both the past and present.

The story then unnerves you even more with its exploration of lucid dreaming. For many, this may seem a little implausible or far-fetched as it’s a phenomenon that almost leans over into fantasy. But as someone who often has lucid dreams, I find the topic really intriguing and love to see where writers take the idea.

Most of all, I love how raw this frightening yet realistic story feels. It reminds me of the Sky Crime documentary, Beware The Slenderman, which I really recommend watching if you like horror or true crime. Both centre on a cruel crime and are dominated by the gloom of an ominous figure that has the power to influence naive minds, but they also focus on the impact that something like this can have on the families involved.

I don’t know if North used this true story as an influence or not, but their similarities are part of the reason why I have rated this book so high. Because The Shadow Friend reminded me so much of this true story, it shows just how in-depth North has thought about his own story. It may be more about the crime and the evil actions of those involved, but it also highlights how heart-achingly real Paul’s experience as someone on the periphery feels at the same time.

I was really surprised by this more emotional aspect of the book. Grief often has an upsetting context so I always appreciate it when a dark book draws you in emotionally as well. There’s a certain revelation that really pulled on my heart, but what I loved most was the focus on what a parent will do to protect their child. There are a few quotes that stood out to me. The first is:

“Because that was what parents did, wasn’t it? They wanted to protect their children. They wanted the best lives possible for them. And they expected nothing in return for that.”

And the second quote especially resonanted with me as this is something I have also thought about since having my own children:

“When I thought of my mother, it was always as a presence – a role, almost – and it was strange to be faced with a truth that should have been obvious, that she had been someone with her own dreams and aspirations, who had felt the same as I had, and who had once had a life that existed entirely outside of her relationship to me.”

I had no idea how the book was going to end, but I loved the journey getting there. The Shadow Friend is the kind of book that could have gone either. Will it take the obvious route to explain everything in quite a straightforward way? Or will there be a supernatural twist to throw you completely off guard? But because of how well North has detailed his story, it really would have worked either way.

While I wasn’t far off with some of my many predictions, I was completely off with most of them. There are many surprises in the final quarter of the book and it’s definitely one that you won’t be able to easily predict. However, the plot is a little too twisty in places and you’ll probably be left with some questions. The questions do all have answers, but it’s very easy to get lost in the different paths that the story takes.

With an over-complicated ending, an abundance of characters that sometimes feels overwhelming, and a narrative that doesn’t quite fit a purpose, North’s book is a little too complex to leave you feeling breathless, but I can still feel the goosebumps on my arms so it definitely had on effect on me.

Overall, I think your view of this book will all depend on how you like your thrillers. For me, there are a few things that didn’t connect that prevented me from giving it a full five stars, but it’s still a book that I thoroughly enjoyed.

It just misses out on a few things for me to put it on my ‘Favourites’ shelf, but I come away from this knowing that I want to read a lot more by Alex North. It’s definitely a book that I would recommend for fans of true crime and thrillers with a horror edge, and especially for those who don’t mind having to put in a little work to piece everything together properly. 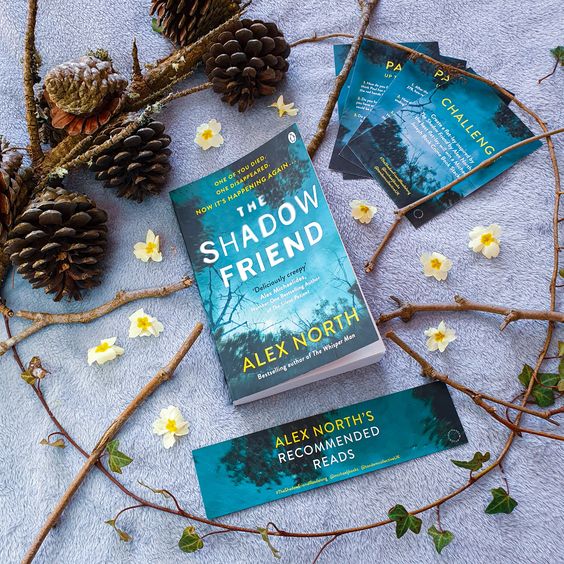