“Everyone should be allowed their secrets. You can never know everything about a person. You’d go mad trying to.”

Originally published in 2017, Behind Her Eyes by Sarah Pinborough follows David and Adele who seem like the ideal pair. He’s a successful psychiatrist, she is his picture-perfect wife who adores him. But why is he so controlling? And why is she keeping things hidden? As Louise, David’s new secretary, is drawn into their world, she uncovers more puzzling questions than answers. The only thing that is crystal clear is that something in this marriage is very, very wrong. But Louise can’t guess how wrong – and how far someone might go to protect their marriage’s secrets.

Creepy and intriguing, Behind Her Eyes is a thriller that keeps your interest building and building until the unexpected hits you with full force and leaves you speechless in your tracks.

This was such a fun book to read. You’re constantly gripped in anticipation to see how it will come together, as it’s obvious that something is wrong with David and Adele’s marriage, and Louise puts herself right in the firing line. But you have no idea who to trust. All you do know is that it can’t end well for one of them, and what you’re left with is a truly messed up story, but in such a thoroughly entertaining way.

The book’s blurb tells you not to spoil the ending for others, so you’re constantly expecting a big twist. So when the main explanations were revealed, I felt underwhelmed. If this was a general thriller, then yes, fine, these answers do tie the loose ends together well and it is an interesting back story. But I was told to be shocked, and I wasn’t. Surely that can’t be it?

And then the actual twists come! And you wouldn’t see them a mile off. I was completely shocked.

I can see why some people don’t love this book as it is the kind of ending that some will throw their book away in anger from going too far. And that’s because there is a supernatural element to the book as it explores the experience of lucid dreaming.

Personally, I love writers exploring the way we interpret our dreams and how they manifest different to people. But if you’re a reader that doesn’t like situations that you don’t feel very real, then you may find it a little too much. And it is undeniable a little out there with its ideas, but I absolutely loved it!

Whatever your views on the ending, you’re sure to enjoy the journey getting there and you certainly won’t forget about this story or its characters easily afterwards.

I’m now halfway through the new Netflix adaptation which is living up to the book so far, so my review for that will be up soon. 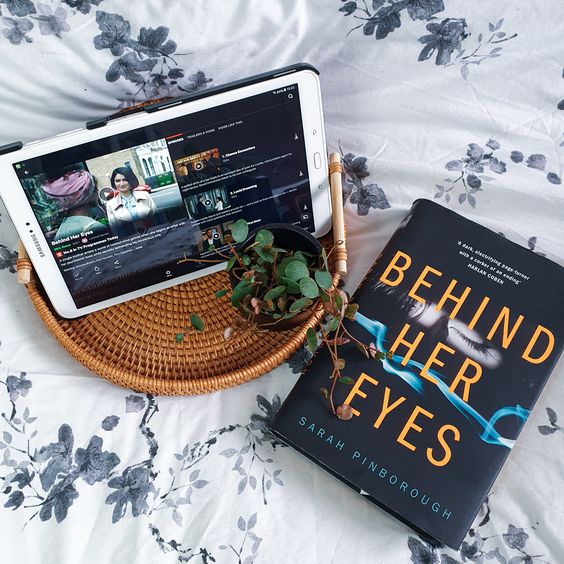