Set to be released on 15th April, The Thin Place by CD Major follows journalist Ava Brent who decides to investigate the dark mystery of Overtoun Estate, a ‘thin place’ steeped in myth which the locals fear because of the secrets it keeps. Ava has no idea how dangerous this story will be for her, and before she knows it, she is caught in the house’s grasp too. After she discovers the history of a sick young girl who lived there, she starts to understand the sadness that shrouds it. But when she finds an ominous old message etched into a windowsill, she is forced to wonder what horrors the house is protecting. And what will it cost her to find out? With her own first child on the way, Ava knows she should stay away. But even as her life starts to unravel, and she receives chilling threats, the house and the bridge keep pulling her back…

The Thin Place is a beautifully written gothic story that is heavy with the atmosphere of the sinister-feeling Overtoun Estate and the secrets that reside there.

I read Major’s previous book, The Other Girl, last year and was drawn in by the real-life mystery that surrounded her story, so I couldn’t wait to experience her latest.

And just like The Other Girl, there’s some truth to this story, too. Merging a historical tale with a modern mystery, Major cleverly weaves fiction and truth to paint her own story around the unsolved mystery surrounding “Scotland’s Dog Suicide Hotspot”.

I find it so compelling how Major takes these intriguing snippets of history and creates a fictional story around them. It adds a whole other level to the reading experience as the use of a real-life location means that you don’t need to picture Overtoun Estate in your head. Instead, you can search for an image of the real building and focus on the shadows through the windows to see if any ghostly presence reveals itself to you.

Just as Ava feels magnetised to Overtoun House, I constantly felt this pull into the story and didn’t want to stop reading. Although it’s not necessarily a ghost story, it’s still a strange and spooky read as you feel the weight of the dark history that slowly begins to peel away.

Alternating between three narratives – Ava in the present, Marion in 1929 and Constance in 1949 – the connection between the stories is quite obvious but Major doesn’t try to turn them into shocking twists. Instead, she slowly reveals the story layer by layer to show how the lives of these three women collide, and the burden of their dark secrets.

Not only is Major influenced by the true story of Overtoun, but there is another true story that she uses to influence a relationship between two of her characters. I won’t say what that is to avoid giving any spoilers, but I knew straight away where this influence was coming from as it’s a story/illness that I have always been interested in reading about.

Major uses the influence brilliantly. I would have maybe wanted a little more said about this if I didn’t know about the true story, but it’s definitely worth reading the Author’s Notes to be given some more context.

I’m not always a fan of historical fiction, but it seems I am quickly becoming a fan of CD Major. Her stories are fascinating and always beautifully told, and the disturbing truths of The Thin Place are sure to stick with you. 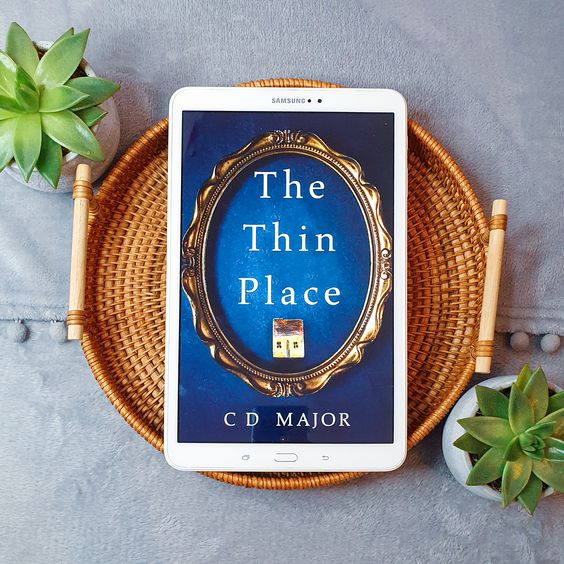 One thought on “Book Review: The Thin Place by CD Major”