“Her body is reacting to something here; something living, breathing, woven into the DNA of the building, as much a part of it as its walls and floors.”

The 2021 debut novel by Sarah Pearse, The Sanatorium follows Elin Warner on a getaway high up in the Swiss Alps, in an isolated hotel that has recently been converted from an abandoned sanatorium. But although it’s beautiful, something about the hotel makes her nervous. When she wakes the following morning to discover her brother’s fiancée Laure has vanished without a trace, Elin’s unease grows. With the storm cutting off access to and from the hotel, the longer Laure stays missing, the more the remaining guests start to panic. But no one has realized yet that another woman has gone missing. And she’s the only one who could have warned them just how much danger they’re all in…

The Sanatorium was a bit of a rollercoaster read for me. I enjoyed the start, I was gripped by the middle, and then the end left me too overwhelmed.

First of all, I absolutely love the setting. The story is atmospheric with the location of an isolated hotel and the details of the cold and snow certainly put a chill in the air. It’s a really great set up and concept, and I love a locked room mystery so my anticipation slowly crept up and up and up.

But I wanted to feel the history of the abandoned sanatorium, to be haunted by the ghosts of its past patients and the disturbing things that went on there. It takes a while for this history to really be brought into the picture, and when it is, there’s so much else going on that I didn’t feel the full effect of it.

I really liked Elin and I thought her story was handled well, weaving her past with the present as she attempts to solve two mysteries that are taking over her mental state. I liked how these stories worked alongside each other and was also satisfied with the outcome. I’ve seen a lot of reviews saying that the reader found her annoying, but I found her insecurities believable and thought that she was an interesting character to lead the story.

However, there was too much going on in the end that I found the conclusions a little too far-fetched. I wanted to be shocked and horrified by the revelation of a single figure, but there were multiple things going on that took your focus all over the place. If Pearse had focused on one of these paths, I would have enjoyed this a lot more as it would have had a more effective outcome. Instead, the ending was too complex to have a lasting effect on me.

Nevertheless, I will definitely be checking out Sarah Pearse’s future books. She’s a great writer and although I didn’t get everything I wanted from this book, I’m still impressed by this as a debut novel. 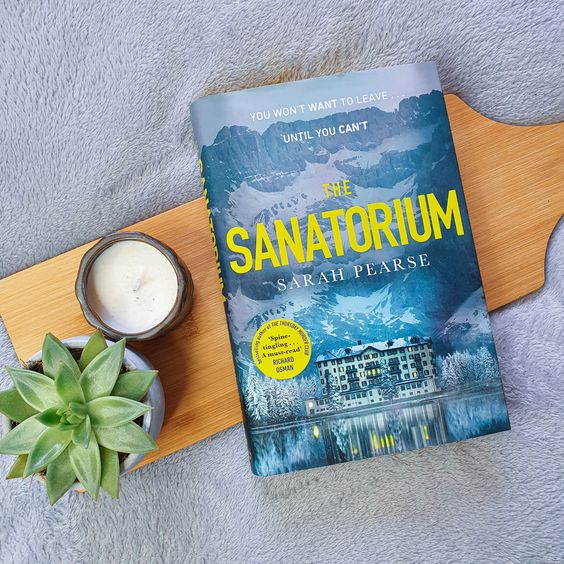