“An autopsy was an act of violence itself, the ultimate invasion. Everybody tells a story. A person’s life and death can be exposed in all their glory and shame simply by looking beneath the skin.”

A Faint Cold Fear is the third book in Karin Slaughter‘s Grant County series that sees medical examiner Sara Linton investigate a suicide at the local college campus. But while it looks straightforward, it just doesn’t add up to Sara. When two more suspicious deaths follow and a young woman is brutally attacked, it becomes clear that she’s looking for a murderer. The college authorities are reluctant to cooperate and Sara isn’t any closer to finding the answers she needs. With the violence triggering memories of a past she’d rather forget and the clues pointing ever closer to home, can she uncover the truth in time to save the next victim?

Beginning with a brutal death and a heart-breaking attack on somebody close, A Faint Cold Fear kicks off in the only way that fans of Karin Slaughter expect one of her books to: with gruesome details and an emotional punch.

Slaughter is a brilliant storyteller and the book flows with an addictive ease, gripping you with brilliant characters, engaging relationships, devious plotting, shocking twists, and gory details. I didn’t find the story as interesting as I have her others so far, but I still love these characters and to see how they develop and their relationships progress. Any time spent with Sara Linton, in my eyes, is time well spent.

However, I did want to see more of Tessa in the beginning and more of Lena at the end, as it was their stories that were the most emotional. Had we got to hear more from their experiences, this would have easily been another favourite of mine, but it did miss that emotional tug to stand out from the other instalments so far, for me.

For newbies to the franchise, I wouldn’t start with this one, but it’s still another great instalment in my favourite series and I can’t wait to carry on with Indelible. 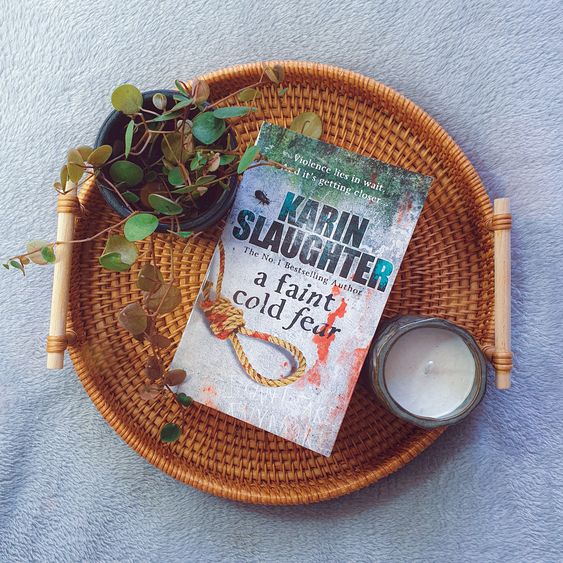