“Whether in fact or fiction, murder can be all things to all people. At a basic level, it is a tale of good versus evil, where the roles of victim and villain are clearly laid out before us. More often than not, there is an element of mystery at its heart, a puzzle to be solved.”

Set to be released on 29th April, Murder: The Biography by Kate Morgan is a non-fiction book that follows the stories and the people involved in the history of murder. From a cannibalized cabin boy whose death at the hands of his hungry crewmates led the Victorian courts to outlaw a defence of necessity to murder, an incompetent GP whose violent disregard for his patient changed the law on manslaughter, to the last woman hanged in England in the 1950s who played a crucial role in changes to the law around provocation in murder cases, and a deranged Scottish aristocrat whose fratricidal frenzy paved the way for the defence of diminished responsibility. These, and many more, are the people – victims, killers, lawyers and judges, who unwittingly shaped the history of that most grisly and storied of laws.

Thank you to Harper Collins for a free advance copy of this book in exchange for an honest review.

Exploring the differences between murder and manslaughter, between the insane (mad) and the sane (bad), Murder: The Biography is an insightful and brilliantly researched study that uses both historical and modern cases to chart the progression of the law around the two definitions.

Exploring what is considered murder and what is considered manslaughter, as well as what is justified and what is inexcusable, the book looks at the UK murder law from a variety of angles. From the big corporate killers to the abused partners and the vengeful spouses, from the guilty to the coerced, the stories are all incredibly interesting. I learnt so much from reading this book and was gripped by the stories of those who contributed to the law’s current standing.

Author Kate Morgan is a lawyer as well as a writer, and you can tell that she is an incredibly intelligent woman from her meticulously researched and intricately detailed study. This isn’t a book that you can pick up lightly. It’s heavy with detail and intellect, but this is exactly what you want from a biography of crime and law. Morgan undoubtedly knows what she’s talking about, and she takes you on a brilliantly dark journey along the way.

If you have any interest in law or true crime, then this is definitely a book that I recommend. 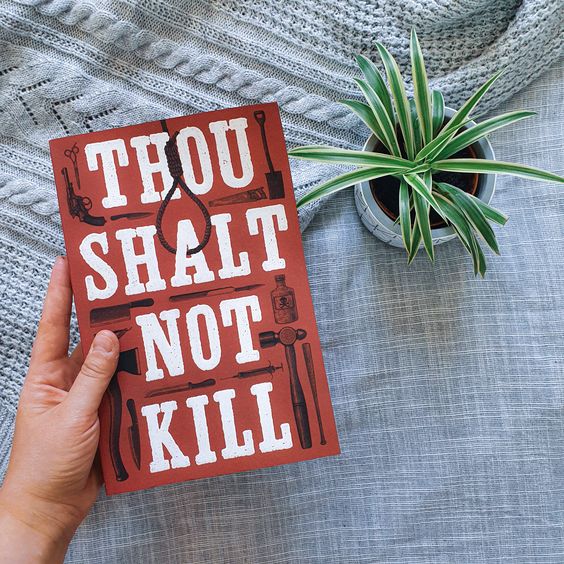